Motive behind suicide not clear yet, say police 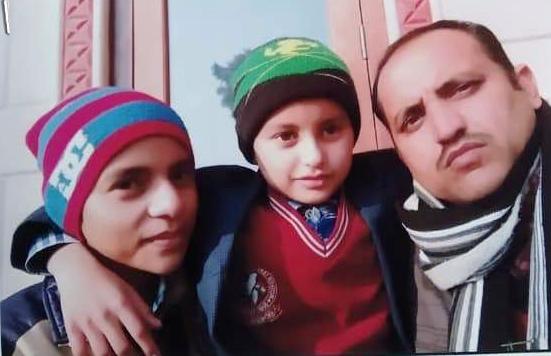 Kuldeep (right) with his sons.

A government school teacher committed suicide along with his two teenaged sons by jumping in a canal near Pili Mandori village in Fatehabad district on Monday.

The victims have been identified as Kuldeep, 40, a resident of Ramsara, his sons Virender, 15, and Nitish, 13. The police recovered the bodies from the Bhattu Kalan branch near Pili Mandori village.

The family members informed the police that Kuldeep along with his sons left their residence on November 19 on two-wheeler. When they did not return, the family members started a search and found a helmet and a blanket of Kuldeep from near Bhattu Kalan branch.

Sources said the victim was having marital discord with his wife for some time. Fatehabad DSP Satyendra Kumar said the police have brought the bodies to the civil hospital for post-mortem. He added that they are taking statements from their family members and will take further action after preliminary enquiry. The motive behind the suicide is not clear yet, he added.