Karnal: SHO among 3 held for demanding bribe : The Tribune India 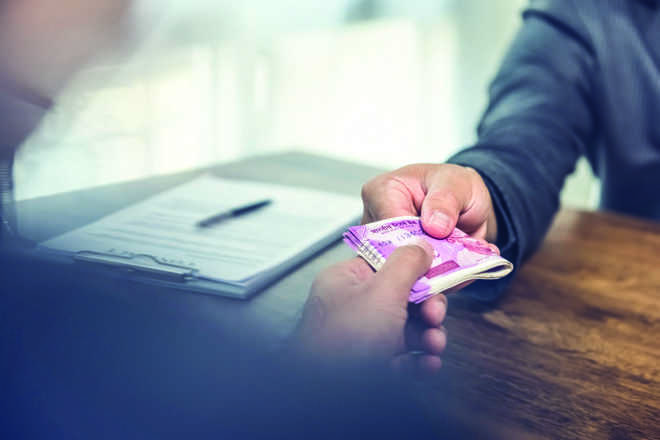 Two teams of the Vigilance Bureau (VB) conducted raids at different departments and arrested three officials, including one SHO.

A team led by Inspector Parveen raided Chakbandi office in Sector 12 and arrested clerk Satbir while accepting Rs 50,000 bribe. He had demanded Rs 4 lakh from complainant to dismiss an appeal filed against him. He was caught red-handed while accepting bribe.

In the second case, a team led by Inspector Somesh arrested the SHO, Kunjpura, Sub-inspector Kuldeep, and ASI Rakesh for demanding

Rs 80,000 from the complainant for removing his name from an FIR.

The complainant went to the police station to handover the bribe amount, but due to some reasons Somesh and Kuldeep didn’t accept money, said Inspector Sachin, VB, Karnal.

“We have registered two cases against the suspects under various sections of the Prevention of Corruption Act,” he said.