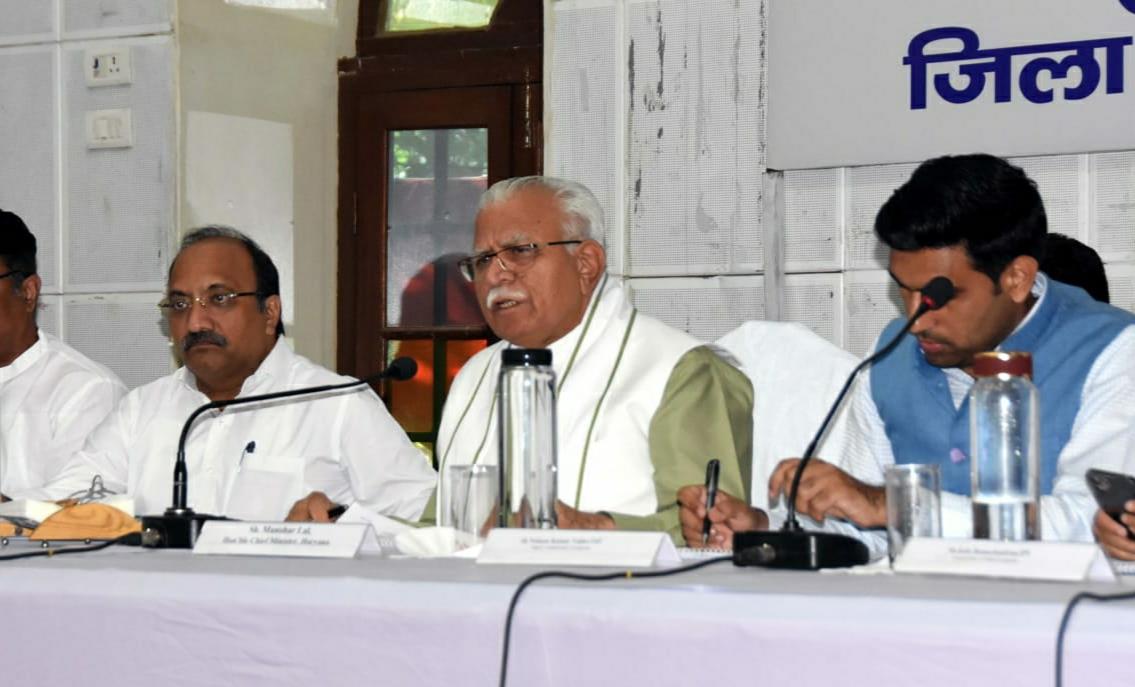 Taking a stern notice of his alleged inaction in a corruption case, Chief Minister Manohar Lal Khattar today suspended a Sub-Inspector posted as then SHO, Sohna.

We feel the landowners of 1,810 acres acquired for the expansion of Industrial Model Township, Manesar, should get more benefits. The govt is ready to make a special policy with the consent of villagers. Manohar Lal Khattar, Chief Minister

Sub-Inspector Satinder was found careless in handling a complaint by a Sohna resident who was allegedly duped on the pretext of getting him a job in the PM’s office. Satinder was placed under suspension with immediate effect and transferred to the Police Lines.

The decision was taken at the monthly meeting of the District Public Relations and Grievance Redressal Committee. Action was also ordered against the Deputy District Attorney of Police Commissioner’s office for giving wrong opinion on the issue. An FIR has been registered.

Nineteen other complaints were also taken up at the meeting out of which 16 were redressed on the spot. The CM announced municipal corporation’s ambitious “Marking for Parking” scheme for earmarking designated parking spaces in residential areas. The Municipal Corporation Gurugram (MCG) has decided to earmark 15,000 parking spaces for vehicles.

The CM also announced that the government was ready to make a special policy as regards 1,810 acres of land acquired in the Manesar region.

“We feel the landowners of 1,810 acres acquired for the expansion of Industrial Model Township (IMT), Manesar, should get more benefits. The government is ready to make a special policy with the consent of villagers. Since the rates were very low at the time of acquisition in 2010, the government also feels the farmers should get more benefits,” CM said while speaking to the media.