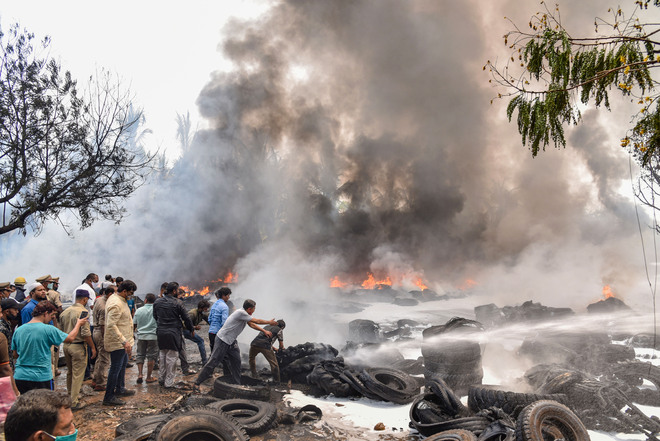 There are many tyres and auto batteries burning units in and around Narwana which exist since long without any approval from the PCB and such units run during night hours only. These units keep emitting thick black smoke which is highly poisonous in nature. This raises the AQI levels to dangerous levels which is extremely detrimental to health. Such illegal units must immediately be shutdown. —Ramesh Gupta, Narwana

The Gurugram civic body deserves praise for ensuring vigilance and security in every nook and corner of the City as the GMDA has decided to set up its own CCTV network with a separate control room as it became necessary due to the GMDA network being restricted to traffic control. Snatchings theft of vehicles and burglaries cases have been increasing and this CCTV cameras will provide necessary output to control such anti-social activities. —Subhash C Taneja, Gurugram

It seems that the administration has forgot to construct the road leading to Quilla Road from Police Lines in Narnaul town. It was dug up in May for laying sewer lines. The situation was so bad that pedestrians also cannot walk properly on this road. Even vehicles are getting damaged leading to resentment among road users. Shopkeepers of Quilla Road and other residents have several times demanded the authorities to build the road but all in vain. —Anil Kumar, Narnaul