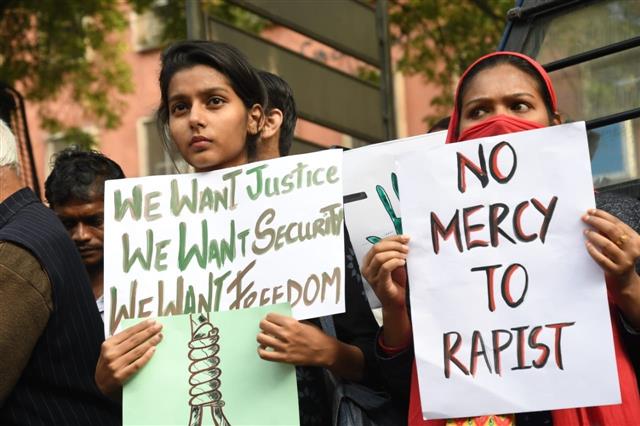 A district court on Thursday awarded death sentence to a 56-year-old man for raping his minor daughter in Sirsa district two years ago.

The accused was facing charges under Section 6 of the POCSO Act and Section 506 of the IPC.

The police had registered a case on September 29, 2020 on the complaint of the victim girl.

The court of Additional Sessions Judge (Fast Track Special Court) Praveen Kumar awarded capital punishment to the man who was convicted for raping 11-year-old daughter at their residence in Sirsa district.

Sirsa District attorney Rajiv Sardana said as per the FIR, the accused, who worked as labourer, returned home drunk on the intervening night of September 26 and 27 and thrashed his wife (the victim girl’s mother) and forced her to leave the house.

The victim was asleep at a charpai in the verandah of the house.

Later the same night, the accused picked up the victim and took her to his charpai where he raped her twice. The FIR revealed that the accused threatened the girl not to disclose the incident to anybody. He left home in the morning.

“When the mother returned home, the victim disclosed the incident to her. She took the girl to the sarpanch of the village who called the police,” the DA stated.

The District Attorney said during investigation, the police got the DNA samples of the accused and victim girl which confirmed the rape.

“The victim girl will get Rs 5 lakh compensation. The court has also imposed a fine of Rs 50,000 which will also be given to the victim who has been residing in a shelter home after the incident,” Sardana added.

The court has awarded death penalty under Section 6 of POCSO Act, 2012 as “he is to be hanged by neck till death subject to confirmation by the Punjab and Haryana High court”.

He was also sentenced for seven years under Section 506 of IPC besides a penalty of Rs 50,000.