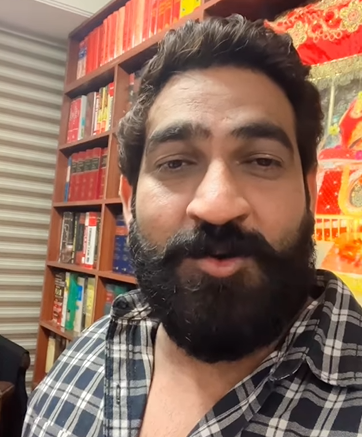 Gurugram-based social media influencer Bobby Kataria is in trouble yet again after a FIR was filed against him for thrashing a woman, posting vulgar messages about her on social media and giving her death threats.

Kataria has been booked under Sections 506 and 509 of the IPC following complaint by a Ashok Vihar resident woman.

The complainant alleged that Kataria and his group came to a championship being held in Gurugram's Sector 5 and forcibly stopped it. Furthermore, the accused declared their own team members as winners and awarded medals and prize money to them.

“When I asked for the money, they started misbehaving and threatened to kill me. They have been harassing me and posting vulgar messages about me on Instagram, YouTube and WhatsApp. I even had to leave my house with my son,” the woman mentioned in the FIR.

The Gurugram police are investigating.

Kataria had hit news recently as video of him allegedly smoking in a plane had gone viral. His another video showing him pompously obstructing the Mussoorie-Kimadi road and drinking in public. The bodybuilder from Gurugram was seen pouring himself a drink in the middle of the road. Kataria can be seen in the video, which he posted on Instagram, setting up a table and chair and pouring a drink. Uttrakhand police had booked him and as per latest reports the Cantt Police Station in Dehradun has obtained a non-bailable warrant against Kataria and special team is headed to Haryana to arrest him.