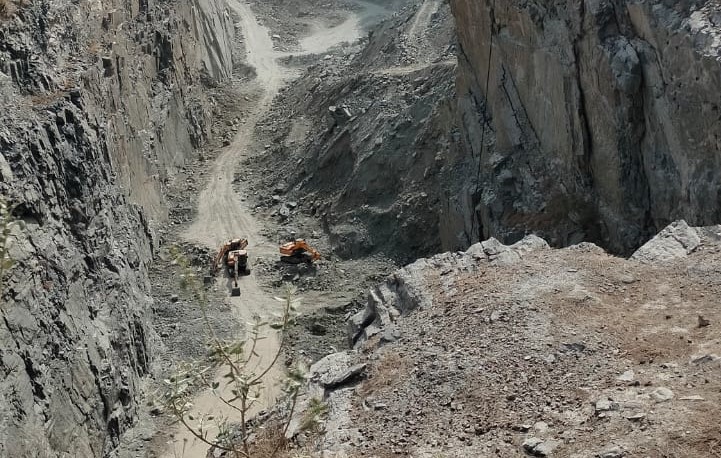 A report uploaded on the CM window portal by the local office of the Mining Department in connection with a complaint of illegal mining by a private firm on panchayat land has disclosed that around 31,500 tonne stones were mined outside lease area at Dokhera village in the Nangal Choudhary region.

The issue of illegal mining on panchayat land was also raised at a meeting of the district-level task force on February 2 wherein the Deputy Commissioner directed the Executive Engineer (Panchayati Raj), Narnaul; Block Development and Panchayat Officer (BDPO), Nangal Choudhary; and the mining officer to conduct joint inspection of the site to assess the factual position, sources said.

“Later, Mining Department officials inspected the site and found that around 31,500 tonne stones were mined outside the lease area at Dokhera village. The report was uploaded on the CM window portal on March 25, but there has been no action since then,” they added.

Earlier, the Block Development and Panchayat Officer, Nangal Choudhary, investigated the case to assess the panchayat land area under illegal mining by the private firm. The inquiry found illegal mining on 1,12,358 square feet of panchayat land. It allegedly caused losses worth crores to the exchequer.

The illegal activity came to the fore when Subhash Chander of Dokhera filed a complaint on the CM window portal in September 2020, demanding action against the guilty.

Mining Officer Niranjan said further inquiry was on to ascertain the exact area from where stones were mined as 1,12,358 square feet area estimated by the BDPO seemed inappropriate. Nangal Choudhary BDPO Parmod Kumar said the recovery of losses from the erring firm was getting delayed as the mining office had failed to evaluate the area under illegal mining.