Likely to be inaugurated to mark 2 yrs of state govt 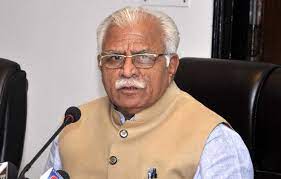 With the Chief Minister’s office (CMO) seeking details of the completed projects from all districts, a slew of inaugurations may mark the completion of two years of the Manohar Lal Khattar-led BJP-JJP government in the state.

Sources said the CMO, in a letter to all Deputy Commissioners (DCs), had sought a list of all projects that had been completed and were ready for inauguration, along with the projects for which foundation stones could be laid. The field officers have been given three days to furnish the information with September 15 as the deadline.

The sources said the letter was part of the routine review exercise carried out quarterly and a review of the CM’s announcements was likely to take place soon.

Meanwhile, an official said: “To know the status of all such announcements before the review meeting, the CMO has sought the information.”

Also, with farmers restricting the movement of political leaders of the ruling parties, a number of projects for which the foundation stone-laying ceremony is due will be expedited. The government is keen on holding the panchayat elections and those of the urban local bodies as well. Sources said once the election dates are announced, the model code of conduct would come into force, suspending such inaugurations.

Meanwhile, state BJP chief OP Dhankar has already stated that the party would hold a string of functions to mark the completion of the two-year term. “We have already begun by holding virtual meetings where a minister lists out his department’s achievements every week,” he said.