To up ante, Samyukt Kisan Morcha calls for ‘Bharat Bandh’ on September 25 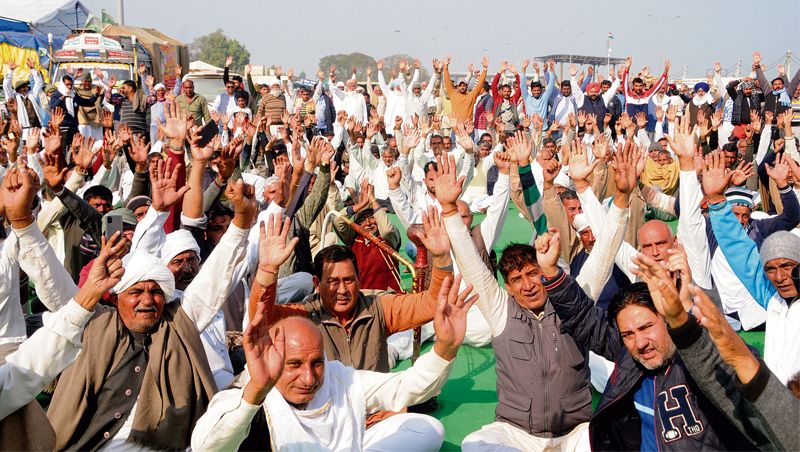 The Samyukt Kisan Morcha (SKM), which is spearheading the farmers’ movement at the Delhi borders for the past nine months, on Friday called for a ‘Bharat Bandh’ on September 25.

The Samyukt Kisan Morcha (SKM), which is spearheading the farmers’ movement at the Delhi borders for the past nine months, on Friday called for a ‘Bharat Bandh’ on September 25.

The two-day national convention at Singhu border organised by SKM concluded today with the decision of ‘Bharat Bandh’ on September 25 to intensify the farmers’ protest at the pan-India level.

At a press conference at Singhu border, Ashish Mittal, convener of the convention organising committee and a member of SKM, said that the two-day convention was successful in disproving the government’s idea that the movement was only having the participation of farmers from Punjab, Haryana and some parts of Uttar Pradesh.

The motive to organise a national-level convention was to bring various farmers’ organisations, women and youth organisations, trade unions and other organisations on a stage of the SKM on the completion of nine months of the farmers’ protest, he said.

“We have succeeded in bringing over 300 public organisations from 22 states on a single stage. Over 3,000 delegates from various organisations and over 100 speakers presented their views during various sessions of the two-day convention, proving that it is a countrywide movement,” Mittal said.

It has been decided to strengthen and expand the farmers’ agitation, which began in November last year, across the country.

“Our demands for repeal of all three pro-corporate farm laws, legal guarantee for MSP of all crops, repeal of Electricity Bill, 2021, no prosecution of farmers under the ‘Commission of Air Quality Management in NCR and Adjoining Areas Bill 2021’ were reiterated during the convention,” Mittal said.

We had given a call for Bharat Bandh last year on the same date and had got good response despite the lockdown. We hope that Bharat Bandh this year would be more successful than last year, he added.

SKM member Atul Kumar Anjan said that the decision, which was taken at the two-day convention, would have far-reaching consequences in the field of economy and politics. SKM’s rally scheduled for September 5 in Muzaffarnagar in UP would create history and would decide the political scenario of the state in the upcoming Assembly polls, he claimed. The stir won’t end till the government does not fulfil the demands of the farmers, he added.

Karnal: After the BKU’s call to protest the CM’s visit to Karnal, the police have beefed up security near the hotel where a BJP state-level meeting is scheduled for Saturday. “We will oppose the meeting and show black flags to the CM and ministers,” said Jagdeep Singh Aulakh, member, state core committee, BKU. TNS