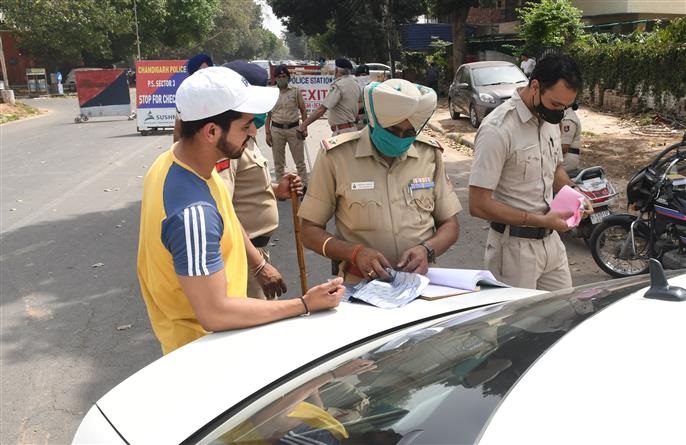 Generally, it has been observed that the police personnel take out the keys from the vehicles during random checking on roads or forcefully hold the handles, but there are no written orders issued in this regard to them. This was revealed in a reply to an RTI query filed by Rajesh Sharma, a resident of Sector 13.

Sharma has sought information whether the police have any right to take out the key, jump on bonnet or forcefully hold the handle by coming suddenly in front of the vehicles.

In the reply, the Assistant State Public Information Officer-cum-SHO (Traffic and Highways) said there was no written order issued in this regard to the police.

Sharma also sought information regarding how many vehicles violated the traffic norms between January 1 and December 31, 2021. Besides, he has also demanded the status of the traffic police in the city in his RTI.

The RTI reply said as many as 39,714 two-wheelers were found violating the traffic norms and challans were issued to them between January 1 and November 30, 2021, in the district.