Two held for sale of Remdesivir on black market 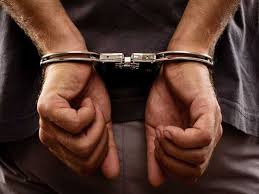 The police have arrested two persons for selling Remdesivir injection in black in Hisar today.

The accused have been identified as Arun Khurana, owner of a medical stone in a private hospital and his nephew Parth Khurana.

The police said they got tip-off about black marketing of the injection in Hisar by some unscrupulous persons. Acting on it, the police prepared a raiding party comprising of Senior Drug Controller Raman Kumar and a doctor Tarun Bhutani. They sent two persons Mukesh and Ramesh Varma as decoy customers to their medical store, where Arun agreed to give them a Remdesivir vial for Rs 40,000. As the decoy customers handed over the cash to the medical store owner, the police party raided the car of the accused and recovered the cash and three Remdesivir injections from him.

A case has been registered under Sections 420 of the IPC and relevant Act. The nabbed accused were produced in a court which sent them to judicial custody.