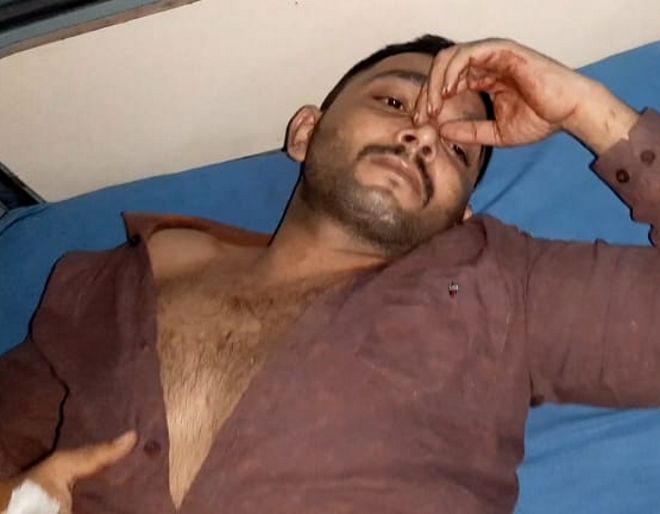 The injured accused in hospital after the encounter in Faridabad.

A wanted criminal, carrying a reward of Rs 2 lakh, was arrested by a team of crime branch after an encounter in Surajkund area of the city here on Thursday night. The accused, wanted in 16 cases, got injured in the shootout.

Revealing that the arrest of one Kulbhushan (27) hailing from Nachauli village in the district, was made around 10 pm, a spokesperson of the police department said it could be made after an encounter. He said a team of police led by Inspector Vimal Rai got stationed near Kant Enclave here on a tip-off that the accused was coming to the city from Delhi in a car. He said as the accused was signaled to halt, he turned his vehicle towards Kant Enclave, but got stucked after about 200 metres due to a dead end. “As the police neared him, he got out of the car and ran towards the jungle besides opening fire on the police,” he said adding that the accused was later arrested. He said the accused has been admitted to the civil hospital.

Kulbhushan is wanted in at least a dozen cases of murder, attempt to murder, ransom and other cases and had four cases registered against him in UP. He had also threatened an Inspector of the Crime Branch earlier this year. He is kingpin of a gang known as Fracture Gang, said a police official.— TNS