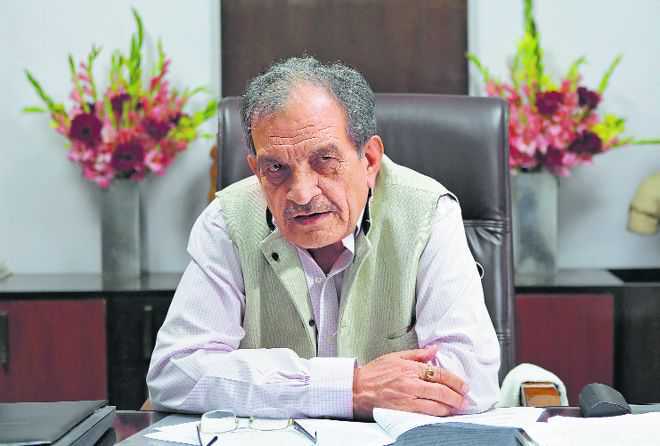 A day after he came forward in support of farmers protesting at the Delhi borders against the Centre’s three new farm laws, BJP’s former Union Minister Birender Singh on Saturday said he was not afraid of anything and would never shy away from supporting farmers’ cause.

Talks only way out

Farmers have doubts. It is the duty of the Centre to address their concerns. Stalemate will lead to nothing. The only way forward is dialogue.

“I inherit the legacy of farmers’ messiah Sir Chhotu Ram. Today, farmers of the country are in distress. They feel their concerns have been ignored. At such a time, it is my moral duty and responsibility to stand with them,” he told The Tribune on Saturday.

Singh, maternal grandson of late Sir Chhotu Ram, was a Cabinet minister in the Narendra Modi’s first term as Prime Minister. Now, his son, Brijendra Singh, a former bureaucrat, is the BJP MP from Hisar.

To a question about his dharna in light of PM Modi’s speech enumerating the benefits of the laws and indirectly ruling out the possibility of repealing the legislations, the BJP leader said: “It is for the first time that farmers have assembled on the outskirts of the national capital in such large numbers. They have several doubts about the farm laws. They fear heavy losses if the laws are implemented. The Centre must allay their concerns.”

Is he in favour of repealing the laws or amending them? He reiterated, “Farmers have apprehensions. It is the duty of the Centre to address their concerns. Stalemate will lead to nothing. The only way forward is dialogue.”

To a query on a letter written by Union Agriculture Minister Narendra Tomar to farmers, the former minister said, “Do you think an eight-page letter to farmers will work? No. The Centre needs to show seriousness towards resolving the matter. I have sought an appointment with Tomar. I will try to impress upon him on the urgency of the matter.”

Asked whether or not he believed that the laws would ruin farmers, Singh said, “Farmers strongly suspect that the laws will help the corporates to monopolise the agriculture sector.”