Vows to work on multiple levels to eradicate menace in Sirsa, Fatehabad 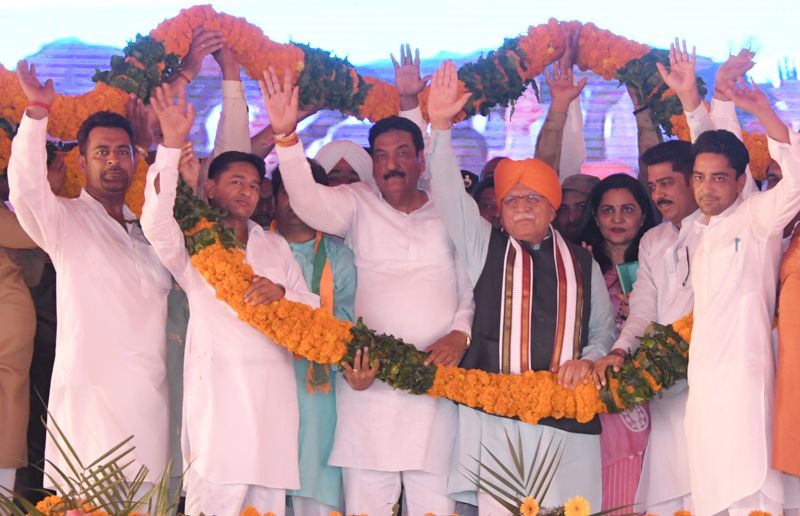 Taking a serious view of drug abuse and increasing deaths due to drug addiction in the region, Chief Minister Manohar Lal Khattar today said that they would work at multiple levels to eradicate the addiction among youths to help in their rehabilitation.

Addressing a rally in Odhan village of Sirsa district, the CM stated that drug addiction had become a big problem in Sirsa and adjoining Fatehabad districts. “It is very bad and shocking,” he said.

The CM said they were concerned about this scenario and, thus, had been working to create sports infrastructure to divert the energy of the youth towards sports. “Every village will have ‘vyayam’ and ‘yog shalas’ and gym at a cost of Rs 5 lakh to Rs 10 lakh. Fifty sports nurseries will be set up in this district. We can increase the number of nurseries if there is any requirement and demand from the villages,” he said.

Besides, the CM said more de-addiction centres would be opened in Sirsa district. “Awareness will also be spread by cops and the Narcotics Bureau. Awareness campaigns will be conducted in the villages by forming committees and teams. At the same time, strict action will be taken against those who sell drugs,” he stated.

Khattar also announced a slew of development works, totalling about Rs 575 crore to Sirsa district during the rally. The CM said the work on the Sherawali distributary had started. Water will reach the tail from June 5. This will benefit 20 to 25 nearby villages, he said.

He said youths coming for jobs would get these on merit. Now expenses and slips would not be allowed to run. Today, if anyone gives information about corruption, immediate action is taken on that information. Due to this, Vigilance has also been divided into seven parts.

He said in the latest report presented by NITI Aayog, Haryana had been placed first in the reform of education. The state government had distributed tablets free of cost to 5 lakh students of Class X, XI and XII by spending Rs 650 crore.

Khattar announced a slew of development works, totalling about Rs 575 crore to Sirsa district during the rally. The CM said the work on the Sherawali distributary had started. Water will reach the tail from June 5. This will benefit 20 to 25 nearby villages