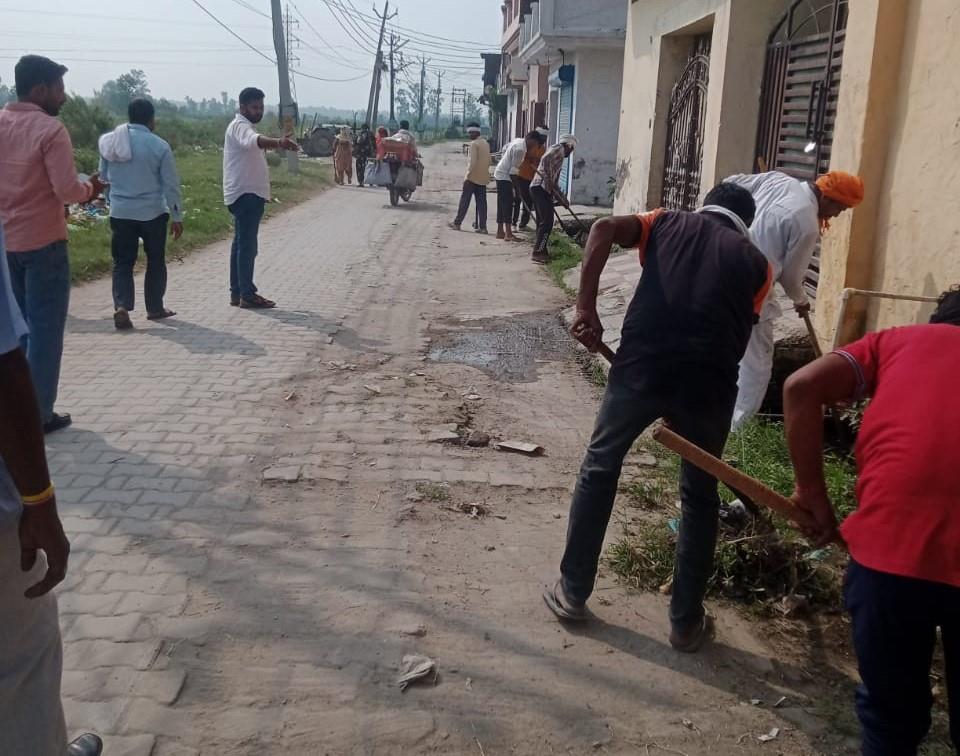 A team of the Yamunanagar-Jagadhri Municipal Corporation cleans a colony on Friday. Tribune photo

The Municipal Corporation of Yamunanagar-Jagadhri has started a special cleanliness drive in seven wards of the twin cities.

Under the drive, all drains, streets and roads are being cleaned and heaps of garbage are being lifted from all colonies of ward numbers 1, 2, 3, 4 of Jagadhri and 12, 13 and 14 of Yamunanagar.

According to information, the teams of the MC had undertaken the special drive in Shyam Sunder Puri, Dwarka Puri, Gulab Nagar, Nalagarh, Teli Majra, Civil Line, Mukharjee Park, Radha Krishna colony, Vipin colony and Shanti colonies, besides other colonies of ward numbers 1, 2 and 3 in Jagadhri so far.

The Senior Deputy Mayor had been inspecting the sites and colonies regularly where the cleanliness drive was to be undertaken.

“We want to make our city clean. In the first phase, a special drive has been started in four wards of Jagadhri. The second cleanliness drive will be started soon and it will cover other wards of the city,” he said, adding that every drain, street and road of every colony would be cleaned.

He added that heaps of garbage were also being lifted and transported to the waste disposal plant.

“Residents of the city should cooperate with the MC teams,” said the Senior Deputy Mayor.

In Yamunanagar, the cleanliness drive carried at Valmiki Basti, Old Hamida, Shadipur and Khajuri road of ward numbers 12 and 14.

The Deputy Mayor of the MC said her target was to make the city clean and beautiful. “In the first phase, the cleanliness drive was being undertaken in three wards of the city. We are making residents aware about cleanliness and hygiene. Besides, we are appealing to the residents to separate wet and dry waste at home level, and not to dispose solid waste and polythene bags in drains,” she added.