Someone asked a Haryanvi why they are so ‘rough’ compared to the people of Uttar Pradesh? ‘Because Lord Krishna played the flute in UP and did lath-baazi (fighting) in Haryana,’ answered the Haryanvi. 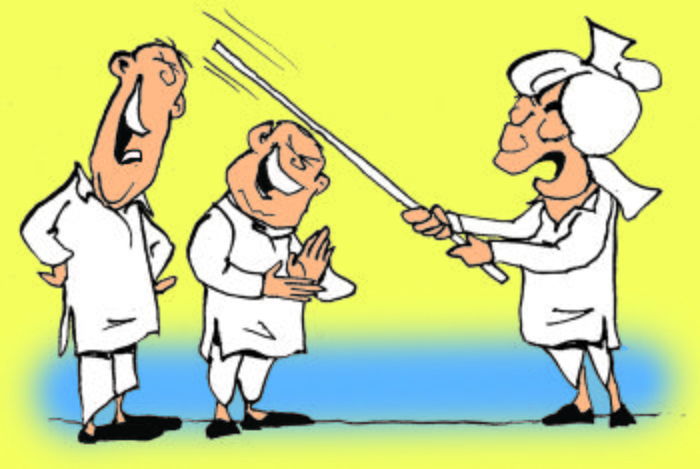 ‘Lath-maar’ connotes a blow from a staff or a lathi. That’s how the Haryanvi dialect is labelled. It sounds rough and rugged.

Well, the times were when the redoubtable Bansi Lal, who came from Haryana, was the Defence Minister of India.

The atmosphere was still charged up because of the continued hostilities between India and Pakistan after the Indo-Pak War of 1971. The grapevine at that time had it that the then Pakistan High Commissioner and Indian Defence Minister bumped into one another at the convention hall of Ashoka Hotel in New Delhi. Bansi Lal in his quintessential, rugged manner, told the Pakistan High Commissioner “to tell Bhutto not to dare another misadventure, for this time, Bansi Lal is the Defence Minister!”

Taken aghast, the High Commissioner is believed to have complained to Indira Gandhi about the “objectionable” behaviour of Bansi Lal. Indira Gandhi simply smiled and said, “Don’t worry. He comes from Haryana!”

Dialects all the world over, be those an offshoot of or a birth-giver to any language, have a tendency of being a little informal and robust, in at least their phonetics.

Not enough sophistication is attached to the dialects. With Haryanvi, this fact stays like shadow.

If you ask the time from a Haryanvi, he may not answer you direct but say, “Why (are you asking the time)? Are you going to drown yourself in a well?”

If you ask, “Does this road lead to Rohtak?” The answer could be: “Till yesterday, it went to Rohtak. But I don’t know about today.”

Even if a Haryanvi has to ask for alms at the door of a house, he will shout to the lady of the house almost in a threatening tone: “Ghallay sai ak challoon (Will you give me alms or should I make a move?”

That Haryanvis behave the way they do isn’t because of no reason. They have lived directly under the shadow of foreign rule with Delhi being the seat of power for long. They bore the brunt of all the persecution at the hands of the rulers.

Hence, being rebellious, there is much to be desired in their behaviour when it comes to niceties and exchange of greetings in inter-personal communication.

These people aren’t hypocrites and are generally plain-hearted. They don’t calculate losses or gains and wouldn’t go beyond their father’s saying.

If you ask a Haryanvi for just one sugarcane stem, he might refuse you. But instead, he may give you a lump of gud (jaggery) free which is made out of several stems. Simpletons!

Affecting blandishments, a Haryanvi woman implored her husband to buy a nose-pin for her. The husband was annoyed with her on some count. He blurted out, “I am all out to have your nose chopped off and here you talk about a nose-pin!”

Another Haryanvi asked the man sitting next to him for a matchbox to light his bidi. But the latter said he did not have one. He asked another one but wasn’t obliged. Then, taking out a match box from his own pocket, he said, “Ib to apni hi maachis kaadhni padegi (now, I will have to use my own matchbox)”

Someone asked a Haryanvi why they are so “rough” compared to people of Uttar Pradesh? “Because Lord Krishna played flute in UP and did ‘lath-baazi’ (fighting) in Haryana,” answered the Haryanvi.

Now you know why pugilist Virender’s punches and Phogat sisters ‘Dangal’ manoeuvres are so heavy.