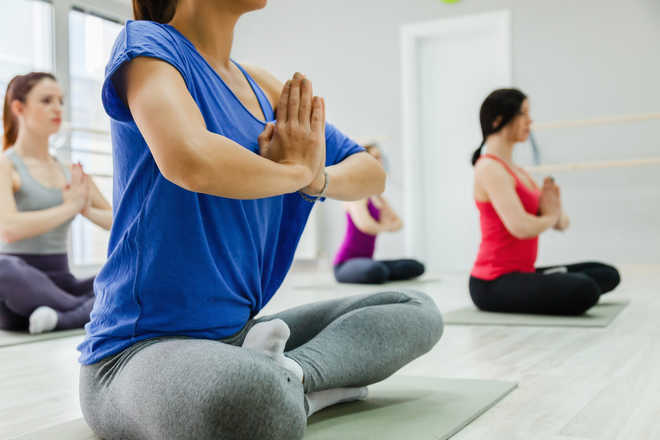 Mental illnesses in various forms have been a major health burden globally in recent years. Unhealthy lifestyles, poor eating habits, and rise in work-related stress are factors that are contributing to the rising incidence of anxiety and depression. Psychotic drugs in treating anxiety and depression are effective but offer only symptomatic relief. Long-term intake of drugs often leads to dependence without preventing further illness or providing a comprehensive solution to improving mental health.

People suffering from poor mental health can reap rich and long-term benefits by adopting the ancient Indian practice of Yoga in their daily lives. Yoga helps in maintaining good mental and physical health. It harmonises our body and mind and restores our emotional balance. There is growing evidence that Yoga can have a positive impact on depression, anxiety, and those who have Attention-Deficit/Hyperactivity Disorder (ADHD). When adopted as a daily practice, yoga can help calm down the mind and prevent the development of mental illnesses.

Stress is the root cause of several lifestyle diseases. Yoga adopts a scientific approach of exercising and relaxing to ease the stress of modern-day living. Yoga also contributes to improving memory, sleep, and even quality of life in elderly persons with mild memory impairment.

Here are some poses that help improve mental health besides providing other health benefits: Shashankasana or child's pose:

This asana stimulates your nervous system thereby re-energizing your whole body. This asana is basically a resting pose somehow resembling a child in fetal position. It is performed by sitting down on the knees and then bending forward so that the chest touches the thighs, and the forehead touches the ground. Stretch the arms forward. If performed with precision regularly, the performer will notice a sense of mental, physical, and emotional comfort descending upon him/her. Like most yoga asanas, this one, too, should be performed on an empty stomach or at least six hours after a meal. However, people suffering from high blood pressure and back pain should avoid this asana.

Vipareetakaraniasana: This inverted pose is one of the best yoga asanas for improving blood circulation towards the head. It helps to calm anxiety, treat depression and insomnia besides regulating blood flow. This pose can be performed by lying down flat on your back. Keep the legs together. While inhaling raise the legs, buttocks and the trunk and support the hips on the palm. The trunk is held at 45 degrees angle to the ground. Breathe normally in this position. To return, lower the legs over the head and keep the hands down while exhaling. Bring the spine and the legs down.

Hasta Utthanasana: This yoga pose is thought to be therapeutic for people suffering from high blood pressure, asthma, sinusitis, infertility, and osteoporosis. It also helps to relieve mild depression and beat insomnia as it is highly beneficial as a relaxation tool. To perform this pose, stand straight. Raise your hands from the front to above your head as you inhale slowly. Bend backwards from the upper back and maintain the position with normal breathing.

Shavasana: This pose is typically performed at the end of yoga routines and helps boost mental health and relaxes the body. Lie flat on your back, keeping the body straight and hands at the sides with palms facing upwards. Close your eyes and hold the position for at least five minutes. Even pregnant women can practice this asana as it will help them prevent prenatal depression, a prevalent mental disorder in women during pregnancy.

It should be noted that the above-mentioned yogic practices are to be learned in a gradual manner under the supervision of a yoga expert. Yoga enables a practitioner to expand their mental faculties and achieve a greater acceptance of self and others, which ultimately leads to calmer approach to the life.

Yoga encourages practitioners to experience an open heart. Many yogic philosophers consider the entire practice to be about metaphorically connecting to our hearts. Within the chakra system, the heart lies in the middle of the seven chakras. Asanas such as arda chakrasana (back bend), kapotasana (pigeon pose), and ustrasana (camel pose) encourage the expansion of the centre of the chest which is the location of the anahata chakra, the yogic heart centre. Visualisations and pranyams in yoga also encourage open-heartedness. --- IANS