Almost 90% of people in Mumbai capital have COVID-19 antibodies: Survey

The survey also revealed that more females had COVID-19 antibodies compared to their male counterparts at 88.29% compared to 85.07% 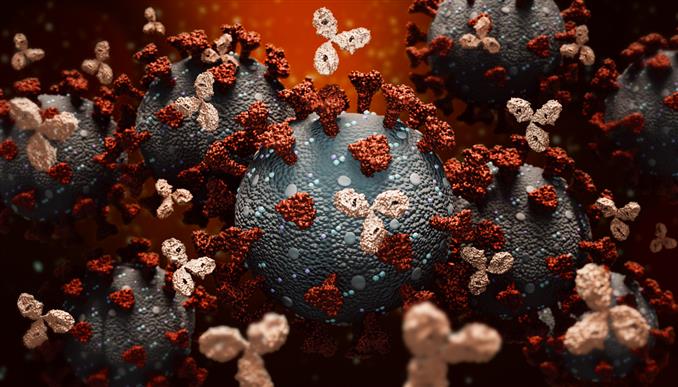 Nearly 90% of people in India's financial capital, Mumbai, are estimated to have COVID-19 antibodies, according to the civic body survey released on Friday.

The fifth blood serum survey which tests for antibodies, known as a sero survey conducted between August and early September included 8,674 adults out of which almost 65% of the subjects were vaccinated.

The survey also revealed that more females had COVID-19 antibodies compared to their male counterparts at 88.29% compared to 85.07%.

Sero-prevalence was significantly higher in individuals who had received either first or both doses of COVID-19 vaccine as compared to their unvaccinated counterparts, the survey by the Brihanmumbai Municipal Corporation (BMC) noted.

"As the sero-prevalance amongst those who are vaccinated is much higher than the unvaccinated counterparts, it is essential to strengthen the ongoing COVID-19 vaccination program," the report mentioned.

India's crowded financial hub Mumbai won plaudits this year for tackling the second wave of the pandemic better than any other metropolis in the country.

The report finding comes at a time when concerns around emergence of a third wave remains. India reported 34,403 new COVID-19 cases on Friday across the country.-Reuters