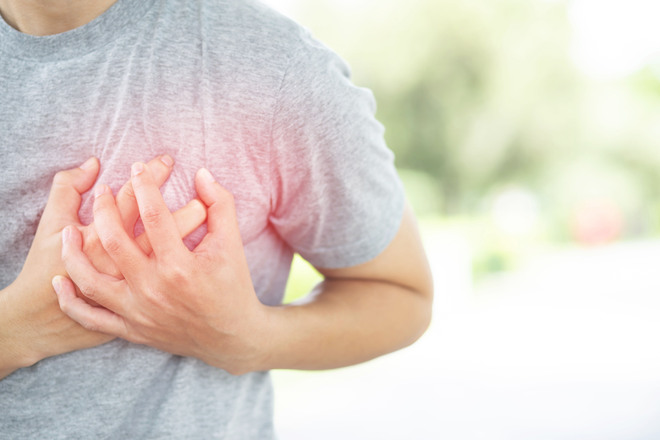 Recent evidence suggests that tobacco use, low physical activity and dietary risks are fuelling the cardiovascular disease (CVD) epidemic in the country with a growing number of youths at risk of heart attacks and sudden deaths. Photo for representation only

The untimely demise of actor Sidharth Shukla (40) has reignited the debate around the health of Indian hearts, especially among the young.

Recent evidence suggests that tobacco use, low physical activity and dietary risks are fuelling the cardiovascular disease (CVD) epidemic in the country with a growing number of youths at risk of heart attacks and sudden deaths.

D Prabhakaran, a leading cardiologist with the Public Health Foundation of India and formerly with AIIMS, New Delhi, in a recent comparative study of CVD burden in India and the US published in the Journal of the American College of Cardiology showed that while 60 per cent of deaths from heart attacks in India involved 30 to 59-year olds, this proportion was less than 20 per cent for the US, the UK and the European countries.

“The percentage of youth dying of heart attacks in India is way too high as compared to that in the US, UK and Europe where 80 per cent mortality due to heart attacks involves people aged 70 and above. High tobacco use, imbalanced diets and sedentary lifestyles are primarily fuelling the CVD burden among Indians. The risk of heart attacks is four to five times higher for smokers than for non-smokers,” Prabhakaran said. Researchers attributed part of the CVD disease burden in India to high blood pressure, cholesterol, diabetes and obesity and suggested screening for risk factors at least once every five years after a person turns 30.

Primary prevention is another way to prevent sudden death. In the US, one-half, and at times more, of the decline in coronary heart disease mortality has been attributed to successes in primary prevention.

“Treatment of risk factors to prevent CVD is suboptimal in India. For example, the use of therapies to treat hypertension in India is alarmingly low compared with the developed economies. Among those diagnosed with hypertension in rural and urban areas of India, the proportions receiving treatment are 24.9 per cent and 37.6 per cent, respectively, whereas 77 per cent of individuals with hypertension in the US are taking at least one BP drug.