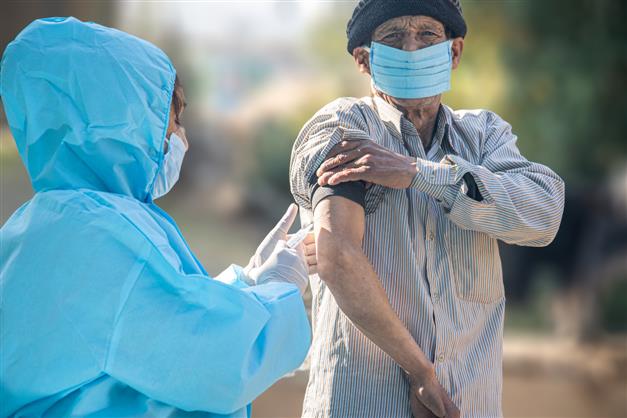 A global flu outbreak continues to be a "serious and real" risk to human beings more than the ongoing Covid-19, according to infectious disease experts.

According to Professor Michael Osterholm, director of the Center for Infectious Disease Research and Policy at the University of Minnesota, a global influenza outbreak could be far worse than the Covid pandemic, with models suggesting that it could kill up to 33 million people in the first six months, The Telegraph reported.

"Prior to Covid-19, influenza pandemics were the number one biological risk to humans and this hasn't changed," Osterholm was quoted as saying.

"During the 100 years between 1918 and 2018, we had four influenza pandemics. This clearly illustrates that the risk of pandemic influenza is a serious and real threat. The question is not if we will have another influenza pandemic, but when," he said.

Osterholm was speaking at the launch of a roadmap to develop vaccines against both seasonal flu -- expected to rise this year -- as well as pandemic influenza, by the World Health Organisation along with several other organisations.

Influenza kills 290,000 to 650,000 people per year, disproportionately affecting those in lower- and middle-income countries. The world has historically experienced an influenza pandemic once every 25 years.

The roadmap sets out what is needed for the development of new vaccines from better understanding of the immune response to flu to ensuring sustainable funding.

According to the experts, current flu vaccines are based on technology first developed in the 1940s and need to be formulated every year depending on what strains of the disease are circulating.

While there has been "incremental" improvement in vaccine development in the last 10 years, "we still do not have a vaccine that protects against stronger strains for a longer amount of time", Dr Martin Friede, vaccines expert at the WHO, was quoted as saying.

The ultimate goal is for a universal flu vaccine that would not have to be administered every year, was effective against many different strains and could be used in low and middle income countries.

There is also an urgent need for vaccines against pandemic influenza and experts hope that the lessons of the Covid pandemic can be learned.