According to report, 37 per cent of Indian respondents showed desire to change behaviour with a plan to quit smoking 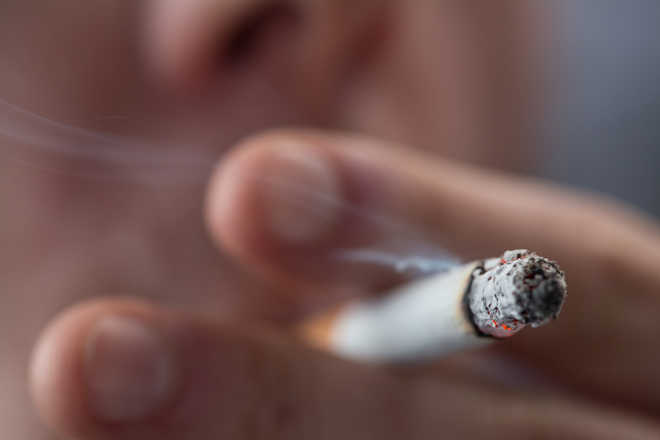 India ranks second in the number of smokers aged between 16 and 64 years and is among the nations with one of the lowest quit rates for smoking, according to a new report.

The report prepared by ‘The International Commission to Reignite the Fight Against Smoking’ using secondary data from sources like the World Bank, said that China and India are home to more than 500 million tobacco users between the ages 16 and 64 years.

“India ranks second with 2,50,002,133 smokers between 16 and 64 years of age. Tobacco prevalence in India is three times higher among men than women. India also accounts for some of the highest rates of smokeless tobacco use and oral cancer in the world,” it said.

According to the report, 37 per cent of Indian respondents showed a desire to change behaviour with a plan to quit smoking. However, India is among countries with the lowest quit rates for smoking. The quit rates for men are less than 20 per cent, it noted.

“The cost to the world is nearly USD 2 trillion a year. The drastic socio-economic impact makes it urgent to reignite the fight against smoking,” it said.

According to the report, nearly all countries ban the marketing and direct sales of tobacco products to children but in low-to-middle income countries, these prohibitions are not rigorously enforced.

The report cites data from Consumer Voice 2019, which states that despite prohibitions in India, a study of areas around 243 schools found nearby vendors displaying tobacco products in ways that are appealing to children and the youth.

It advocated risk-proportionate regulations as a means of making it easier for smokers to quit while nudging expansion of access to tobacco-harm reduction products in low-to-middle-income countries. PTI