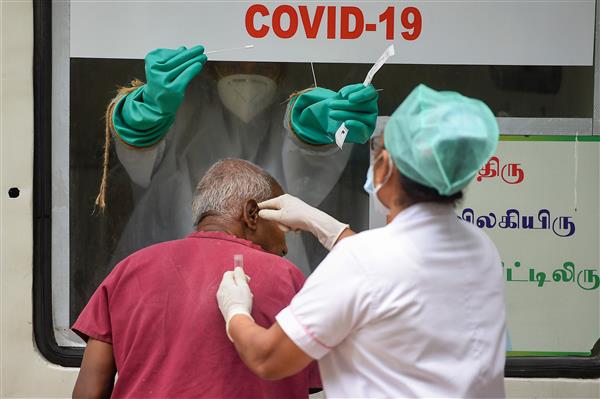 The death toll rose by a record 613, to reach 19,268 in the country, the Union Health Ministry said, and states like Assam and Karnataka imposed selective lockdown to check the rising infection.

Recoveries in India also continue to improve and topped 4,24,432 as against current 2,53,287 infections.

The recovery rate slightly improved to 60.85 per cent as against 60.77 per cent on Sunday.

Maharashtra, Tamil Nadu, Delhi account for more than 60 per cent of India’s cases and deaths.

The government has asked states to ramp-up testing in campaign mode and by using mobile vans to reach the vulnerable populations.

The daily testing capacity of samples is three lakh but national testing right now is a little under that with many states yet to activate the new test track and treat strategy.

India has improved testing by over four times in recent past with experts saying that increase in burden is a result of increase in testing.