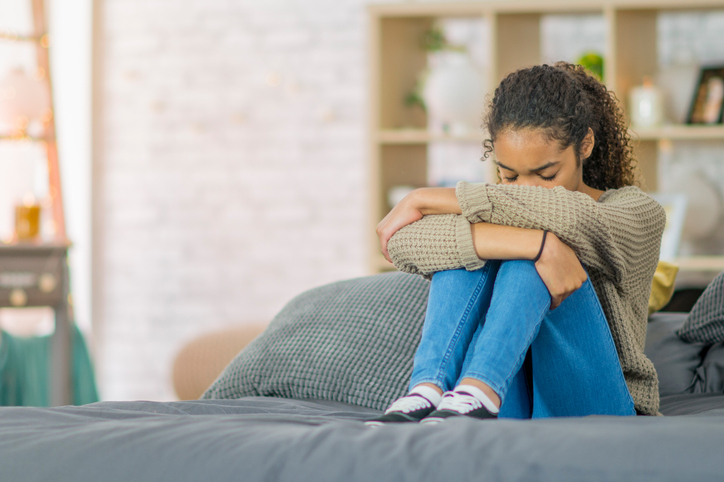 Dear Parents, read this carefully. Children suffering from social anxiety may be at particular risk for depression in the future, warn researchers.

“We already know from previous research that children with social anxiety symptoms are at high risk of developing depression, as are offspring of depressed mothers,” said study co-author Holly Kobezak from the Binghamton University in the US.

“Our findings take what is already known one step further by suggesting that the combination of these risk factors may be even more insidious than the presence of either risk factor alone,” Kobezak added.

The researchers invited approximately 250 eight- to 14-year-old children whose mothers either did or did not have a history of major depressive disorder (MDD) into their lab to complete questionnaires measuring social anxiety and depression symptoms.

Symptoms were reassessed at six-month intervals over a period of two years in order to capture changes in symptom levels over time as children progressed further into adolescence, which is a critical time period for the development of depression.

The results, published in the Journal of Adolescence, showed that high levels of social anxiety predicted increases in depression symptoms over time, but only among children of mothers with a history of MDD.

The researchers hope that their findings will encourage others to explore the specific ways in which social anxiety symptoms and exposure to maternal depression may work together to increase risk of depression in children over time.

“An important point is that our findings provide insight into the circumstances that may put children at heightened risk of depression, but equally important is research that will help us understand why this may be true,” said Kobezak.

The researchers noted that future research could focus on disruptions in social functioning and interpersonal relations resulting from these experiences and whether this might be why these children are at such elevated risk. — IANS