Scientists predict second Covid wave to peak from April 15-20; decline by end of May 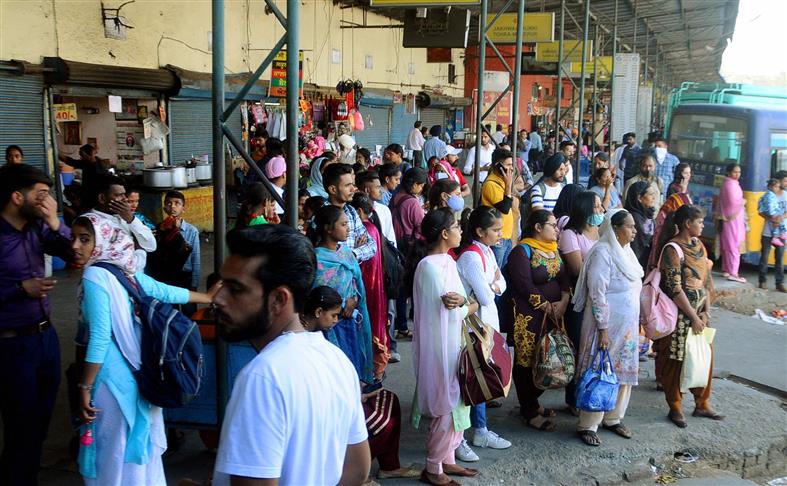 Even a little bit of change each day, causes the peak numbers to change by several thousand numbers.

Scientists are now working on a mathematical model to examine the Covid-19 spread and have predicted that the current second wave will peak somewhere between April 15-20 and then see a decline.

The number of 'active' symptomatic cases during this period would hit a high, roughly a week later, at the same level of around 10 lakh cases that the country had seen in September last year, said the scientists.

They have predicted after using a mathematical model that the ongoing second-wave of Covid-19 pandemic across the country may see a steep decline by the end of May.

During the first wave of Covid-19 infections across India, the mathematical approach, named 'SUTRA', predicted that the initial surge of infections in August would peak by September and lower in February 2021.

Scientists, including Prof Manindra Agrawal from the Indian Institute of Technology (IIT) Kanpur, applied the model to predict the trajectory of the current surge in infections and found that the number of daily new infections was likely to peak in mid-April for this ongoing pandemic wave.

Prof Agrawal in the IIT's Department of Computer Science and Engineering, was involved with the national 'super model' initiative, and said that the peak is expected to see between 80,000-90,000 new infections per day.

The national 'super model' had in October last year predicted the pandemic can be controlled by early 2021 with "minimal active symptomatic infections" in February.

Asked about the possible explanation of the second wave, Agrawal said there were two reasons or possibly the combination of the two, that might explain what changed in February, which could make it for the sharp rise.

He said that it could be due to gatherings linked to opening up of schools, colleges and other working areas where people became comparatively more careless, and the fact that there are some mutations, which are spreading faster.

However, like with the first wave of the Covid-19 pandemic, the trajectory of fresh infections would depend on a lot of other factors, including measures rolled out by the government and adherence to safety protocols by the public.

A warning in the original prediction by the expert committee in their super model may still apply if the number of Covid-19 cases starts declining in the fourth week of April.

The warning was: "However, this number will start rising again if proper practices of masking, disinfecting, tracing, and quarantine are not followed. The downward trend will continue only if we continue with above practices." In the mathematical model used to predict the Covid wave, there are parameters which measure the rate of spread or the contact rate which may explain how many people could be infected on an average by one infected person.

Agrawal noted that the model uses three main parameters to predict the course of the pandemic.

The other two parameters, he explained, are 'Reach', which is a measure of exposure level of the population to the pandemic, and 'Epsilon', which is the ratio of detected and undetected cases.

"The contact rate had doubled in March and that may be contributing to the very steep rise," said Agrawal.

The 'super model' in October had come out with 'conditional' prediction. It had predicted that the Covid-19 would be completely under control provided people continue to observe the same precautions such as practices of masking, disinfecting, tracing, and quarantine However, the IIT Kanpur professor added that the prediction of the new peak is sensitive to the daily new infections data.

Even a little bit of change each day, causes the peak numbers to change by several thousand numbers.

"The reason we had to introduce 'Reach' is that unlike earlier pandemics, which start at a location and suddenly spread fast across a place, but in Covid the spread of the pandemic has been slower due to the many protective measures in place," Agrawal explained.