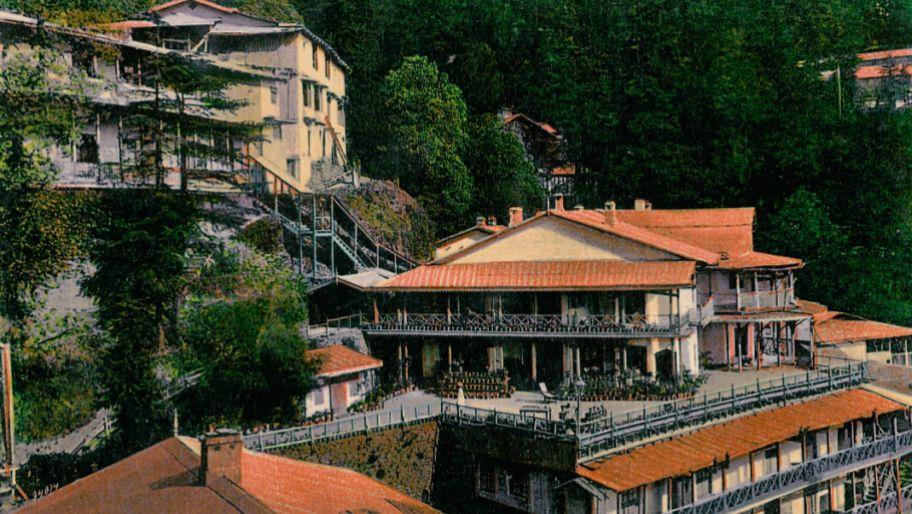 The old Central Hotel and birthplace of Mollie Kaye stands near today’s High Court in Shimla.

Years ago, when I was researching a book on Shimla, I tried to contact everyone of significance who had been connected with the town. That was before the Internet. ‘Snail mail’ and an Air Mail Envelope was the standard way to communicate with someone overseas. Care-of her publishers, I also wrote to Mollie Hamilton, novelist MM Kaye. She was born in Shimla and had spent a substantial portion of her younger-years in the town.

A few weeks later, a long hand-written letter arrived and that became the start of a series of exchanges through mail. I never met her, but she wrote an absolutely wonderful ‘Foreword’ for the Shimla book. Needless to say, I was overjoyed at having her endorse, as it were, my first writing venture. Those few pages had all the inimitable warmth of her work — there was candour, there was the observation one has now come to associate with her phenomenal memory and its eye for detail. Above all, there was a totally transparent and genuine love for her birthplace.

MM Kaye came from a long line of soldiers and civil servants whose service under the East India Company and later, in the ‘Raj’, went back to the early years of the nineteenth century. Her grandfather, William Kaye of the Bengal Civil Service, was among the last to attend Addiscombe, the East India Company’s college. One of his cousins, Sir John Kaye, was Political Secretary of the India Office and the author of a classic six-volume history of the Uprising of 1857; another cousin, Edward Kaye, had commanded a battery at the famous Siege of Delhi and was later made a Lieutenant-General.

Mollie Hamilton’s father, Sir Cecil Kaye — her beloved ‘Tacklow’ — served in the Indian Army and became Director of Central Intelligence. Her brother, William, was the last Kaye to serve in British India.

After her education in England, she returned to India and married Goff Hamilton, an officer in the Corps of Guides. Accompanying her parents, she had seen a substantial portion of India, and with her husband she saw the corners that remained. Goff Hamilton’s military assignments also took her to Egypt, Kenya, Germany, England, Northern Ireland and Scotland. Also Shimla-born, Goff Hamilton retired as a Major General and as his career began winding down, hers was on the rise.

It was the spectacular success of The Far Pavilions — that some have compared with Gone with the Wind —that established MM Kaye as virtually a household name in the English-reading world. Set in the closing years of the nineteenth century and the opening ones of the twentieth, the historical romance had passion and intrigue all beautifully woven into the fabric of an India that now only exists in books, histories and fading memories. She had started the book in 1964, but it had barely reached three chapters when a diagnosis of cancer stopped her. She picked it up four years later, upon her husband’s retirement, and kept working on it while fighting her illness. She said she “just let the book take over and write itself”. Appearing in print in 1978, The Far Pavilions went on to sell millions of copies and was made into a successful television series.

Mary Margaret Hamilton wrote largely her maiden name, MM Kaye, and also published several detective and mystery novels like Death in Kashmir and Death in Zanzibar. Shadow of the Moon and Trade Wind were the littler cousins of The Far Pavilions. She edited collections of Rudyard Kipling’s verse and wrote an autobiographical trilogy, The Sun in the Morning: My Early Years in India and England, Golden Afternoon and Enchanted Evening. Under pseudonyms, she wrote several books for children. Practically all her work is still in print.

In 1980, a press release from Penguin Books had stated: “Not since Kipling has there been an author who combines such a profound understanding of India and its people with a storytelling gift of such rich imagination and narrative skill”. The passing years and her subsequent work, especially the best-selling autobiographies, added little bricks to the substance that was The Far Pavilions.

“Whatsoever thy hand findeth to do, Do it with all thy might” 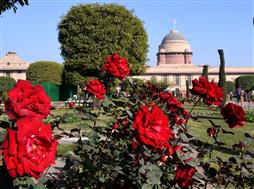