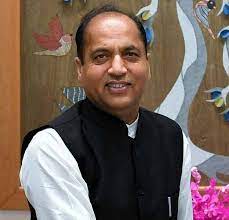 He said that the forests of Himachal have special importance, as they contribute to balancing the delicate environment of the Himalayan region. He added that a target had been fixed to plant about 1.40 crore saplings on over 14,000 hectares this year.

“Ek Buta Beti Ke Naam has also been launched in the state to ensure the empowerment of the girl child and increase forest cover in the state,” he said.

Thakur said that the Himalayas are the lungs of the nation and it was everybody’s duty to conserve and protect forests. He said that during this two-day campaign, about 11 lakh saplings would be planted at 246 places.

Thakur said HimCare, Sahara Yojana, Himachal Grihini Suvidha Yojana and many others had proved a boon to the poor. He also released a booklet highlighting the development milestones achieved in the Anni Vidhan Sabha area.