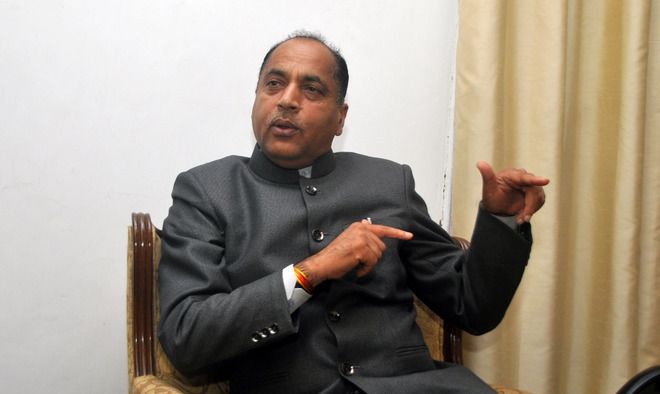 Himachal Pradesh Chief Minister Jai Ram Thakur today said that an outlay of Rs 12,638 crore had been proposed under the development budget for the financial year 2022-23. File photo

Chief Minister Jai Ram Thakur today said that an outlay of Rs 12,638 crore had been proposed under the development budget for the financial year 2022-23.

“It is due to effective financial management and resource allocation that the government has been able to ensure the welfare of people in the past four years,” he said while presiding over a meeting organised to finalise priorities for the budget 2022-23 with the MLAs of Solan, Bilaspur, Mandi, Sirmaur, Una, Hamirpur and Kullu districts.

Thakur said that the government had initiated several programmes to make development of the state more inclusive and holistic. “My government has given top priority to strengthening health infrastructure and now there are 1,014 ventilators in the state compared to only 50 two years ago,” he added.

He said that under the Ujjwala Yojana of the Central Government and the Grihini Suvidha Yojana of the state government more than 4.69 lakh families had been provided with free gas connections worth Rs 141.71 crore. He added that under the Jal Jeevan Mission of the Central Government, 8.23 lakh households had been provided with the tap water facility in the state and a timeline had been fixed to achieve the target of covering all households by June.