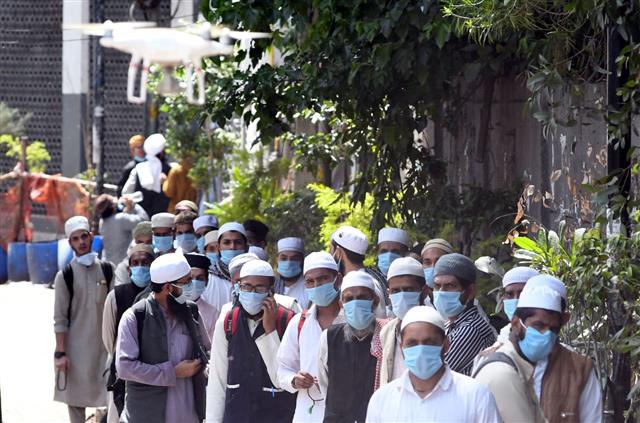 Some 15 people from Himachal Pradesh are believed to have attended a religious congregation in Delhi’s Nizamuddin and have been quarantined in the national capital, government sources said.

Sources in the Himachal government said the dispensation had received a list of 15 residents who attended the event have been quarantined by Delhi’s Disease Surveillance Officer.

They were forced to remain in Delhi because of the nationwide lockdown imposed in an effort to stop the deadly coronavirus from spreading.

At least eight people are believed to have belonged to Chamba district---including Saloonit and Churah tensils---and one from Kullu’s Bhuntar.

“So far we have information only about these 15 persons from Himachal who attended the religious congregation in Delhi,” RD Dhiman, the state’s additional chief secretary of health, said.

However, what really worries authorities, sources say, is that there could be more people who attended the event from other districts of the state such as Nahan, Bilaspur, Mandi and Una.

Sources said district officials in Saloonit have already been in touch with family members some of the quarantined to find out if they had met them in Delhi. An official who refused to be named said that authorities were now trying to track down everyone who may have attended the congregation.

A religious congregation held at the Tablighi Jamaat's international headquarters in southwest Delhi from March 13 and 15 has become a major source of concern for authorities. Twenty-four coronavirus positive cases have been reported so far from among those who congregated. At least six people who attended the event have died in Telangana, the state has said.

The event has sent authorities scrambling to track down everyone who attended the event. Over 200 foreigners are also believed to have attended the congregation.

India has so far reported 32 deaths from 1251 infections. Himachal has reported one death from three coronavirus infections.

Globally, the deadly pandemic has caused over 30,000 deaths from over 6,00,000 infections. The numbers continue to spiral uncontrollably, bringing all other activities to a complete halt.