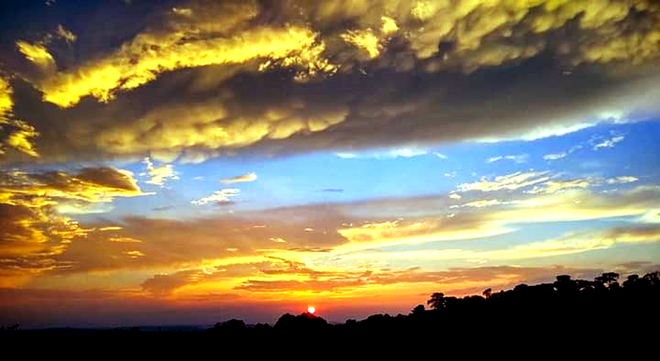 The sunset in Dharamsala on Tuesday. photo: Kamaljeet

The southwest monsoon has weakened in the past four days and the local MeT station has forecast dry weather over the next six days, making the conditions favourable for the early withdrawal of the monsoon.

During the current rainy season from June 1 to September 8, the state received 813.8 mm of average rainfall against the normal rainfall of 975.8 mm, a deficit of 17 per cent. Barring Bilaspur and Kullu districts, which received 23 per cent and 20 per cent excess rain, and Una that experienced normal rainfall, the remaining nine districts received deficient rain ranging between 12 per cent and 69 per cent.

The minimum temperatures also increased marginally and stayed two to three degrees above normal at most of the places. Keylong and Kalpa recorded a low of 8.1°C and 10.4°C while Nahan was the hottest during the night with a low of 23.5°C, followed by Una 22.6°C.