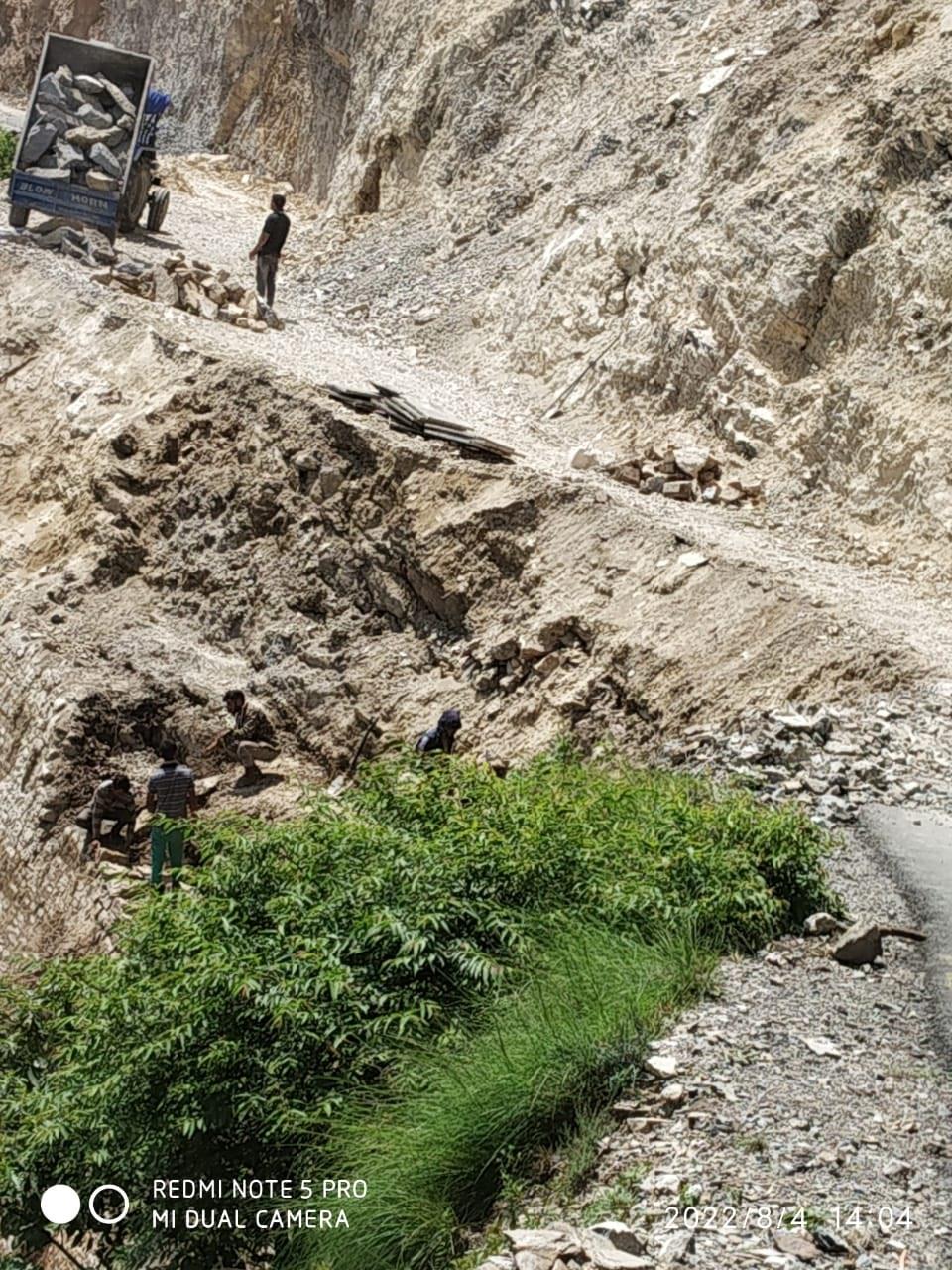 The Salooni road was damaged by a landslide at Kaila near Dhargala in Chamba district.

A portion of the Salooni road at Kaila in Chamba district was damaged due to recurring landslides triggered by heavy rainfall last month. As a result, about 25 panchayats of Salooni have lost transport and communication links with several parts of the district for about a month.

The former chairperson of the Zila Parishad, DS Pathania, said today that vehicular traffic on the road had been disrupted. Even pedestrians could not use the road because of the looming danger of debris and boulders falling on them.

Meanwhile, officials said that the damaged road was being repaired and the work would be completed soon.