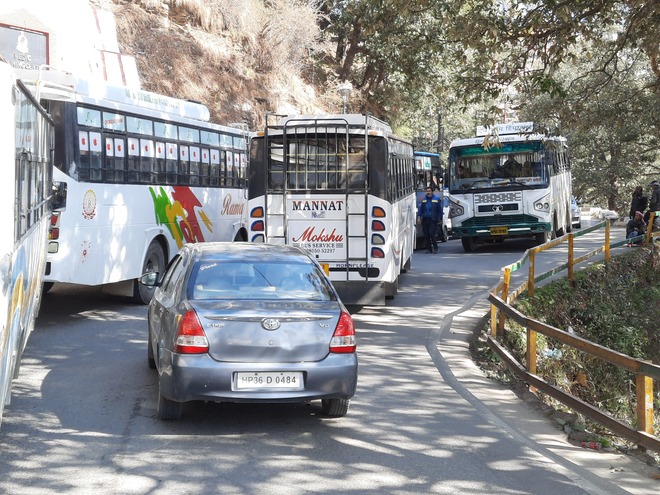 The authorities are planning to create 2,000 to 2,500 parking spaces for Shimla Smart City by early next year.

The authorities are planning to create 2,000 to 2,500 parking spaces for Shimla Smart City by early next year. At the moment, besides small parking lots in most of the wards, Shimla Smart City has at least five major parking lots under active implementation, while the detailed project report (DPR) of two other lots has been completed. Besides, the proposals for two other parking lots, one of which has already been approved by the Smart City board of directors, are awaited.

Many of these projects will be completed this year and the remaining by early next year. The availability of more parking spaces will bring relief to residents as well as tourists

“Many of these projects will be completed this year and the remaining by early next year. The availability of more parking spaces will bring relief to residents as well as tourists,” said Smart City general manager (Technical) Nitin Garg.

One of the largest parking lots, which will accommodate 700 vehicles, is coming up close to the Indira Gandhi Medical College and Hospital (IGMC) at a cost of Rs 32 crore. Besides, two more parking lots are planned close to the hospital. “The DPR for a parking lot opposite the IGMC auditorium has been made and most of the clearances for the project have been secured. A tentative budget of Rs 15 crore, too, has been approved by the Smart City board of directors,” said Garg. 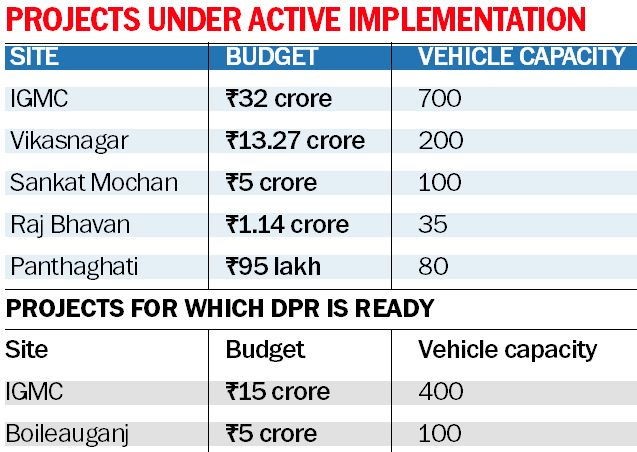 The third parking at the side is planned opposite the new OPD building. “It will be a huge parking lot. In this complex, there will be rooms for patients and attendants coming from out of town. It should have a capacity of 700 to 800 vehicles, depending on the number of rooms built for people,” said Garg. “The project has been approved by the BoD, we are awaiting a proposal from the Public Works Department.”

The other big parking is coming up in Vikasnagar, which will accommodate 200 vehicles. “Besides, we have parking lots coming up in Wills Park, Kacchi Ghati, Barns Court near Raj Bhavan, Panthaghati and Sankat Mochan,” said Garg.

Besides creating parking spaces, Garg said initiatives like the widening of roads, creation of pedestrian paths and foot over-bridges were being taken to decongest the overburdened city roads. “A budget of Rs 55 crore had been allocated to make better pedestrian paths. The idea is to provide better connectivity to reduce people’s dependence on vehicles,” he said.

“We hope all these projects are completed without getting caught up in bureaucratic or political tangles,” said Ramesh Chauhan, a city resident.