3 killed as apple-laden truck falls on car in Shimla : The Tribune India 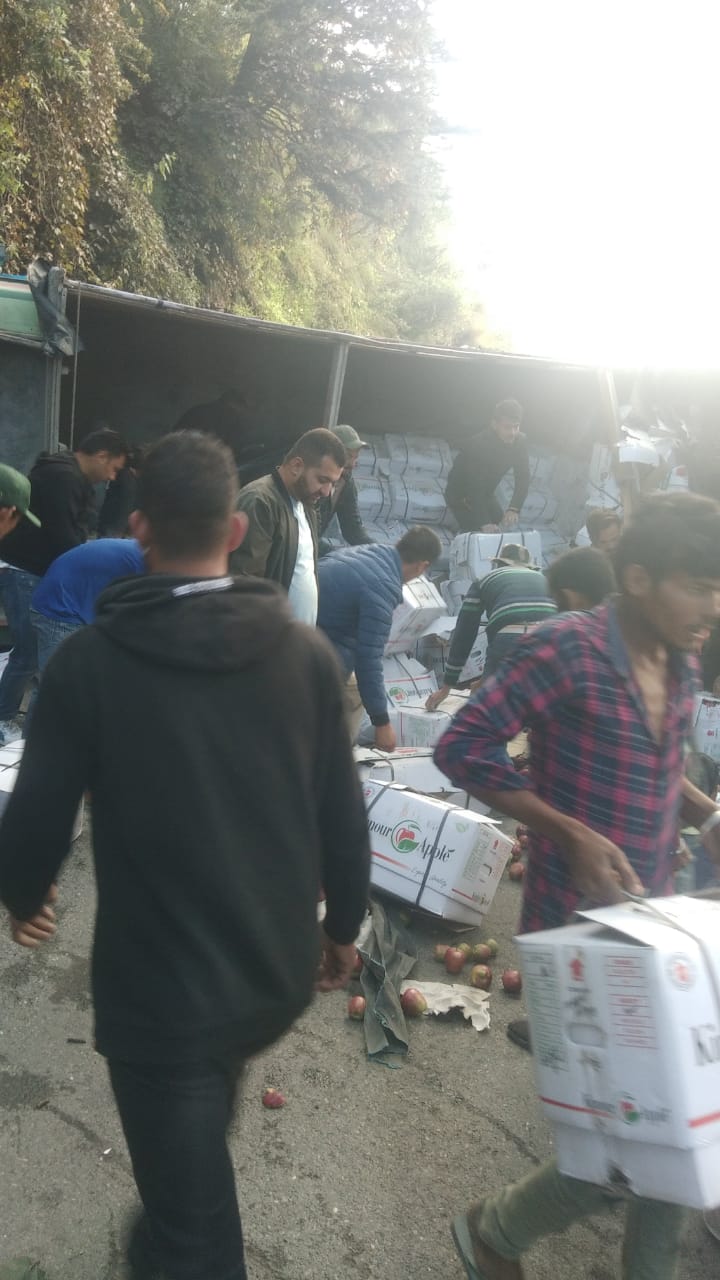 Three people were killed and another was seriously injured when an apple-laden truck fell on a car at Hassan Valley on Dhalli-Chharabra stretch of the national highway, 12 km from here, on Saturday morning.

Two occupants of the car died on the spot while another succumbed to his injuries on way to hospital. The injured has been admitted to hospital.

The truck coming from upper Shimla region went out of control and fell on the car, which was on its way to Chopal.

The bodies were trapped under wreckage of the car and were extricated by the police. The accident led to a traffic jam and a large number of vehicles were stranded.

All four occupants of the car belonged to Chopal in Shimla district.