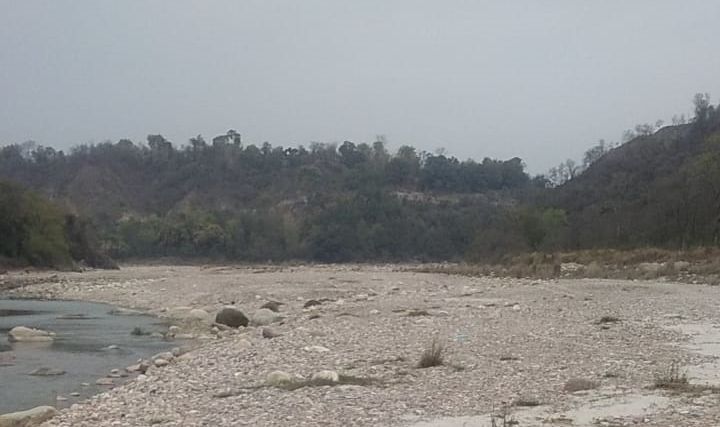 Part of the Neugal river auctioned for mining in Thural. Tribune photo

The state government has leased 4.7 hectares alongside the Neugal river, near Thural, which is prone to illegal mining. The land is allotted for carrying out mining activities without the help of heavy machinery.

A senior officer of the state Geology and Mining Department told The Tribune that the government leased the area under a special environment plan for 10 years and the government would get an annual revenue of Rs 1 crore with an increase of 10 per cent every year.

He said, “More areas of the Neugal are being identified and will be leased soon so that environmental degradation and illegal mining can be controlled. It will also check revenue loss caused to the state exchequer every year. Earlier, the government was receiving no revenue”.

He said that in the next few days, the demarcation of the area would be completed and pillars would be installed. Rajiv Kalia, Mining Officer, Kangra, had been directed to complete the process within 10 days.

Meanwhile, several environmental groups have welcomed the decision and urged Chief Minister Jai Ram Thakur to e-auction the remaining areas along the Neugal.