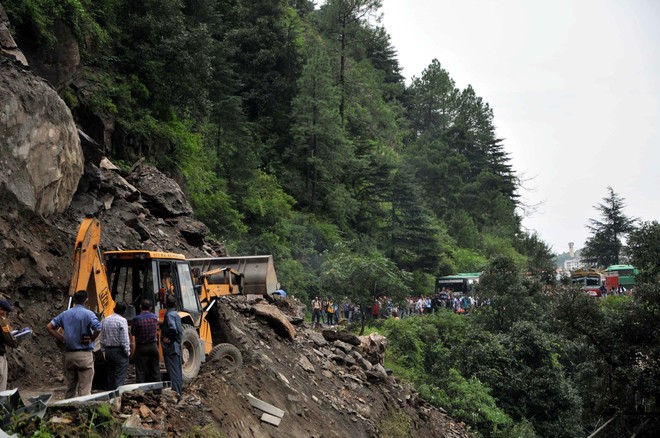 With five more deaths in the past 24 hours, the toll in rain-related incidents in Himachal Pradesh since June 13 has reached 164, while five persons are reported missing. - File photo

With five more deaths in the past 24 hours, the toll in rain-related incidents in Himachal Pradesh since June 13 has reached 164, while five persons are reported missing.

The maximum number of deaths were reported in Shimla district (27), followed by Mandi and Kangra (18 each) and Sirmaur and Chamba (17 each).

According to the Revenue Department and Disaster Management Cell, 79 houses have been damaged completely and 316 partially.

The cumulative loss to the PWD and Irrigation and Public Health Department due to the rains has been estimated at Rs 19,368.61 lakh and Rs 7,539.75 lakh, respectively.

At least 360 roads, including 185 in Mandi zone, 93 in Shimla zone and 81 in Kangra zone, are closed. Of these, 275 roads are expected to be opened to traffic by Wednesday.

27 deaths (most in state) in Shimla district

360 roads shut due to landslides