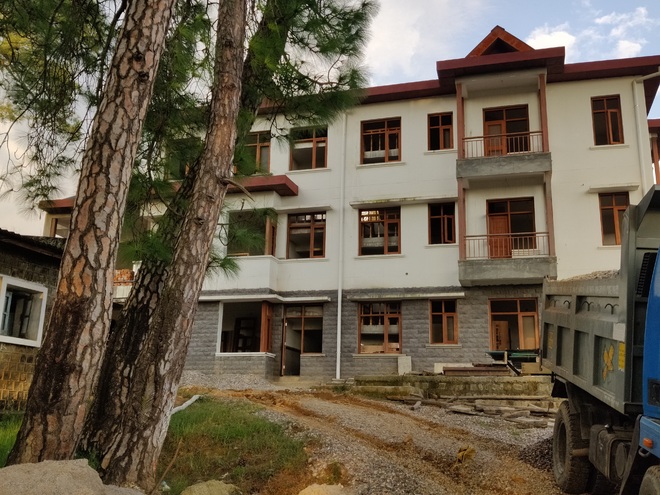 The circuit house building under construction in Palampur.

The construction of a multi-storey circuit house building in the town is hanging fire since long. The foundation stone of the building was laid by former Chief Minister Virbhadra Singh in 2016 and the construction work was started immediately. The building was to be completed within two years but even after five years, it was still incomplete.

Information gathered by The Tribune reveals that with the change in the government in 2017, the allocation of funds for the project was stopped. In the past two years, only Rs 1 crore had been released against the requirement of over Rs 3 crore. The funds were utilised to meet liabilities and no money was left for the construction work.

In the absence of payment, the contractor has slowed down the work and left the building half-complete. More funds are needed for its completion.

BM Thakur, Executive Engineer, PWD, says that some changes have been made in the design of the building on the directions of the Chief Minister. He adds efforts are being made to complete the project before March 31, 2022.