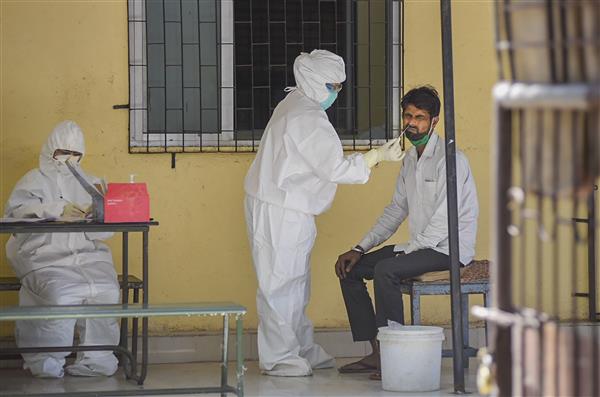 Photo for representation only. PTI photo

Nine people tested positive for coronavirus in Una on Tuesday, taking the total number of cases in the state to 27.

All nine were staying at a mosque in Kuthera Kherla village in Amb tehsil. Teh Amb. One of the nine people belonged to the village, five were from Sirmaur district and one from Solan’s Arki. Two others were from Uttar Pradesh, officials said.

Himachal has so far recorded one death from the infection.