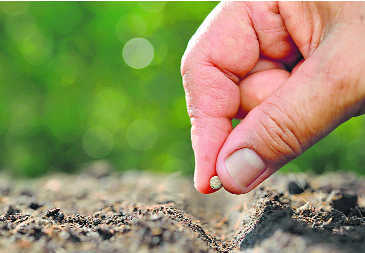 The Himachal Kisan Sabha has demanded strict action against companies that allegedly sold fake seeds of cauliflower and tomatoes to farmers.

The Kisan Sabha also said that these companies should be made to compensate for the losses suffered by the famers because of the fake seeds.

While staging a protest in Mashobra today, the Kisan Sabha gave a memorandum to the Chief Minister through the local Block Development Officer. Kisan Sabha president Kuldeep Tanwar said the companies had cheated farmers by selling spurious seeds to them.

“Because of these seeds, tomatoes of odd shape and sizes have grown in Solan. In Theog and Mashobra blocks, cauliflower of different colours, shapes and sizes have grown,” Tanwar said, adding that if the companies did not compensate the farmers, these would not be allowed to operate in the state.

Meanwhile, Kisan Sabha leader Satyawan Pundir demanded the rollback of the increase in the prices of crates and trays.