Netizens demand strict action against those responsible for injuring the cow 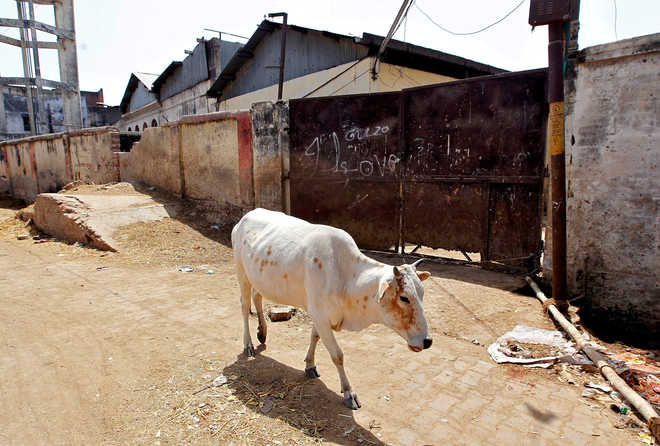 The killing of a pregnant female elephant with firecrackers in Kerala evoked national outrage. A similar incident has surfaced in Bilaspur district of Himachal.

A cow had her mouth blown off after consuming firecrackers wrapped in wheat flour. The incident took place on May 26 in Jandutta area of Bilaspur.

After the killing of the elephant came to light, the images of the blown-off face of the cow also went viral.

Netizens have demanded strict action against the people who are responsible for injuring the cow.

When contacted, Bilaspur SP Divakar Sharma said that in the present case, a highly explosive firecracker, "aalu bomb", was kept inside a ball of wheat flour, which exploded when the cow chewed it, injuring her mouth.

A case under Section 286 of the Prevention of Cruelty to Animals Act has been registered.

The role of the main accused and other people in the case is being investigated, he said.

A forest official—who spoke on condition of anonymity—said poachers also used a similar technique to kill wild boars, but sometimes domestic and stray animals also fell victims to such tactics.