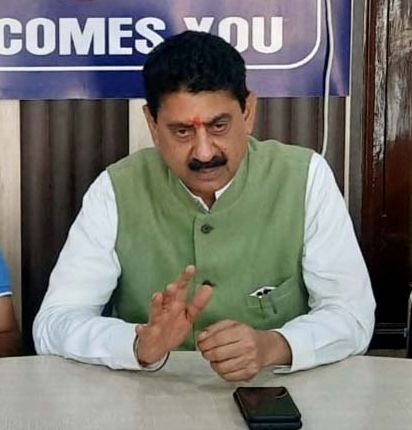 Pathania, while addressing mediapersons here today, said that Mahajan instead of befooling unemployed youth should fight the elections on his performance as Nurpur MLA from 2012-17 or provide jobs under the ‘Bio-data Do Naukri Lo’ scheme before commencement of the Assembly elections. Mahajan had promised to give jobs and seed money as part of his campaign ‘Idea 10 lakh Ka’.

He also ridiculed another detractor and mining industrialist Ranbir Nikka for distributing printed slips to the owners of kuccha houses and promising them pucca houses if he wins the Assembly elections. He appealed to voters not to fall prey to such election gimmicks.

Pathania said that he would fight elections only on development works undertaken and sanctioned by the state government in Nurpur in the past four and a half years.