All eyes on Pathania to put BJP house in order 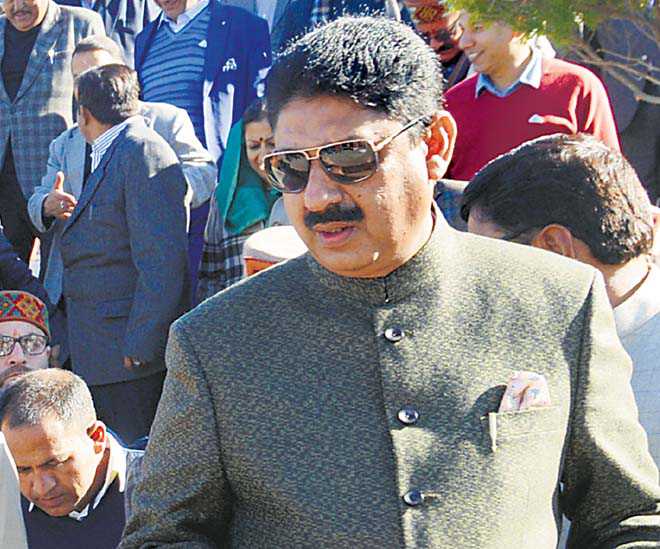 The recent expansion of the Cabinet has brought a mixed bag of fortune for Kangra district. Rakesh Pathania, a firebrand leader from Nurpur, is in the Cabinet as Forest and Youth Affairs Minister.

Highly placed sources told The Tribune that Pathania had sought a room in the Secretariat at Dharamsala. He had also conveyed his intentions to sit in the Secretariat to listen to grievances of people. The BJP was deeply divided in Kangra. MP from Kangra Kishan Kapoor was not in good terms with the CM. BJP MLA from Jwalamukhi and former minister Ramesh Dhawala had many times openly expressed his displeasure. He was at loggerheads with party organising secretary Pawan Rana.

However, it remains to be seen if Pathania could don the mantle of the leader of Kangra district.

The other minister from Kangra Sarveen Chaudhary has been downgraded. She was earlier the Minister for Town and Country Planning. She has now been given the Social Justice and Women Empowerment Department.

The third leader from Kangra, Bikram Thakur, BJP MLA from Jaswan Pragpur, has been given the Department of Transport and Industry.

Nurpur: Local residents on Friday hailed the induction of Nurpur MLA Rakesh Pathania into the state Cabinet. After receiving the news of Pathania taking oath as minister, the local BJP workers assembled at Jassur, near here, and celebrated his induction as a Cabinet minister. The jubilant workers burst firecrackers, and raised slogans. — OC