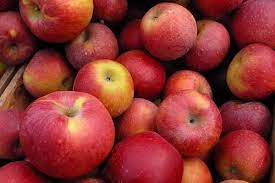 Amazon has joined the list of private players involved in the procurement of apple, stone fruits and vegetables in the state. “Amazon opened its first collection centre in Balag two days back. It has come to the state for the first time and its entry will help farmers and growers get good prices,” said Shimla and Kinnaur APMC chairman Naresh Sharma.

“Big companies like Amazon, Reliance and Big Basket have their own retail chain. When these companies lift produce from regular market, it helps farmers and growers get good prices. That’s the reason we are promoting private players besides strengthening our own marketing yards,” said Sharma.

Stating that the APMC has made all preparations for the smooth marketing of apple this season, Sharma said the mandis across the state would be made online within a month. “The software is ready and the IT Department will give the final go-ahead. Once the facility becomes operational, farmers will know the rates prevailing in different mandis at one click. Also, traders will be able to apply for licence online,” he said.

Sharma further said the work on strengthening the network of mandis and building a controlled atmosphere (CA) store and cold chain points was on at a war footing.

He said the SIT formed to help the growers recover their money from traders has recovered Rs 18 crore out of Rs 35 crore. “Also, Rs 25 crore has been earmarked to build small roads/paths to help farmers get their produce to the main road,” he said.

Sharma also defended the government’s decision to hike the price of apple bought through Market Intervention Scheme by Re 1 per kg.