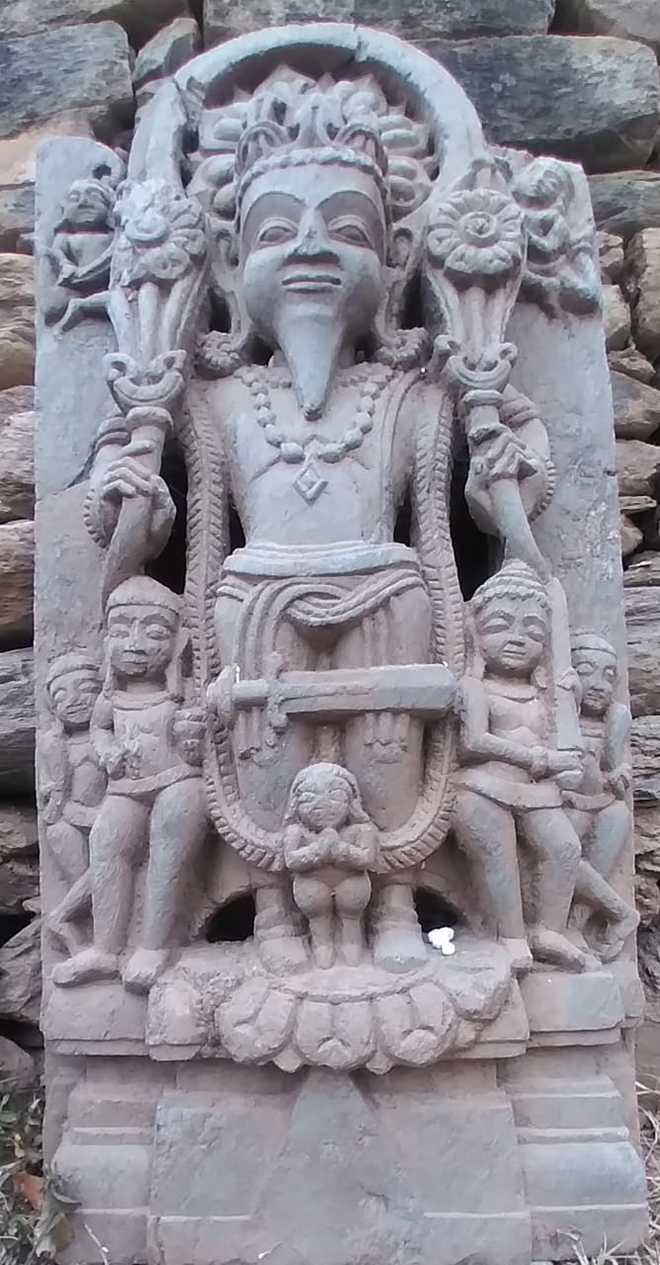 The idol of Suryadev which was found at a temple site at Dehri in Mandi district.

A unique stone statue of a sun deity was found during the excavation of the Mahishasur Mardini Mata temple at Dehri near Pangana, a historical site of Mandi district, yesterday.

Locals said it seemed to be of 12th century.

Himender Bali Him, president of Suket Culture, Literature and Jan Kalyan Manch, said, “The sun deity (Surya) is among the five deities as per the Hindu tradition. In the Indian deity worship system, worship of Ganesha, Surya, Goddess, Shiva and Vishnu is enshrined. Statues of these five deities have been excavated at the temple site near Pangana.”

Jagdish Sharma, a resident of Pangana, said the idol had been kept at a safe place and officials of archeology wing would be informed about it.

He said after the discovery of this unique century-old idol at the temple site, it seemed that a precious archaeological treasure related to a developed civilization was buried under the temple of Dehri.