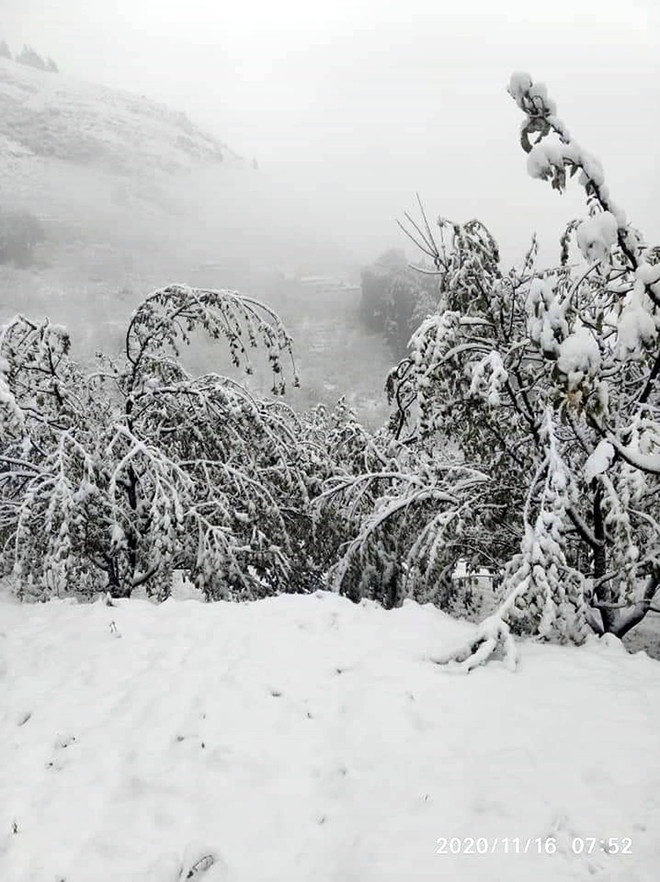 With early snowfall, apple growers can hope for a good produce.

Rain and snowfall have brought smiles on the faces of apple growers. Following almost three-month-long dry spell, young trees had started showing drought-induced signs and diseases such as woolly aphid and canker had become rampant. “This spell of rain and snowfall is going to be very beneficial, especially for younger plants with a shallow root system,” said SP Bhardwaj, a former joint director with the University of Horticulture and Forestry, Nauni. “The root system of young plants is just one to one-and-a-half feet deep, while that of a well-established plant is around 1.5 metres. So, moisture will help the young plants to sustain,” said Bhardwaj.

Canker and woolly aphid diseases, too, have become quite widespread and are harming the trees. “A combination of the lack of moisture and high temperatures makes trees vulnerable to these diseases. With substantial rain and snowfall, the apple growers will get a huge relief on this front,” he said. “Besides, the drop in temperature will trigger chill, which is so crucial for a good setting of the fruit”.

The rainfall would help the orchardists resume operations they had put on hold because of the dry spell. “Orchards had become quite dry and dusty, so all tasks were put on hold. With this sudden but sufficient spell of rain and snowfall, we can now start working in the orchards,” said Lokender Bisht, an orchardist.

With benefits, there has been some damage too. “In the higher reaches, where it has snowed five to six inches, many trees have suffered damage,” said Harish Chauhan, an orchardist. However, he agrees the benefit of this precipitation outweighs the damage by a large extent. “With the early snowfall, we could hope for a good produce next year,” he added.