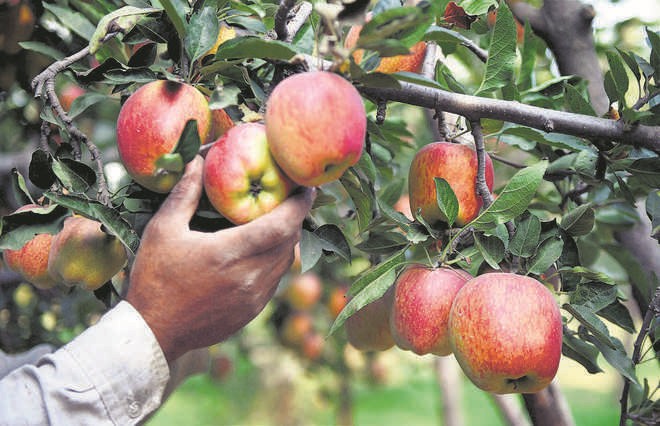 In a setback to apple growers, the cost of packaging material of apple has shot up by around 25 per cent this year. For a premium carton that was available for Rs 52-53 last year, the growers will have to shell out Rs 67-68, an increase of Rs 15. Generally, the price rise is around Rs 1 to 2 per carton per year. The significant hike has happened despite the assurance from Horticulture Minister Mahender Singh, a few days back, that the packaging material would be made available at the same cost as last year.

“The cost has gone by up Rs 10 to Rs 20 across the variety of cartons available in the market. The rate of trays used inside the cartons has also increased by around Rs 50 to Rs 70. It’s a massive hike, it’s going to hurt the growers a lot,” said Progressive Growers’ Association president Lokender Bisht.

While agreeing that cartons will cost at least 20 to 25 per cent more than last year, the manufacturers blame the hike on shortage of raw material. “There is a shortage of raw material this time, hence the prices have gone up. The imported waste from abroad has become expensive and because of the lockdown there’s a shortage of locally recycled paper. So, the manufactures have no choice but to increase the prices,” said Prinkal of Bhagwati Packers.

Sanjay Chauhan, a Kisan Sabha member, said the price hike in packaging material of stone fruits was even higher, around 50 per cent. “Until last year, the cost of stone fruit box was around Rs 5-6. This time, the growers got it for around Rs 8-10,” he said. “The government, however, hasn’t intervened, even though more than half of the season of stone fruits is over. Earlier, the government would fix the price, which was adhered to by its agencies like the HPMC and manufacturers. But now the government has left the growers to fend for themselves,” he alleged.

Harish Chauhan, president of the Fruit, Vegetables and Glowers Growers’ Association of Himachal Pradesh, has sought immediate intervention of the government to check the hike. “As assured by the Horticulture Minister, there should not be any hike in the packaging material this year. Also, the use of plastic trays should be encouraged by the government for transporting apple. It will save growers money as well as other hassles,” said Chauhan.