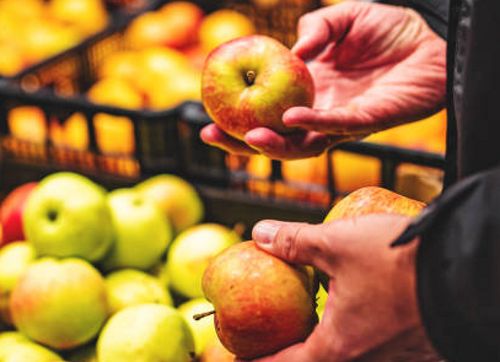 The news of 1 kg of apple selling for Rs 491 in a Delhi mall has rubbed salt in the wounds of apple growers who have been enduring a major market slump and have been selling even the premium quality apple at a measly Rs 60 per kg.

The news of 1 kg of apple selling for Rs 491 in a Delhi mall has rubbed salt in the wounds of apple growers who have been enduring a major market slump and have been selling even the premium quality apple at a measly Rs 60 per kg.

The revelation has left the orchardists suspicious about the crashing of the wholesale market. They have been questioning that when consumers were willing to pay nearly Rs 500 per kg for average-quality apple, why had the markets crashed?

“Why does wholesale market crash when retail rates continue to be high? If there’s lack of demand, the retail price too should go down,” said orchardist Ashutosh Chauhan, terming it a “conspiracy by the market forces”.

The news of apple selling for Rs 491 a kg in a Delhi mall was published in the ‘Readers Say’ column of the September 7 edition of The Tribune. The clip has been shared widely on social media, triggering a debate on the crashing apple prices.

“Apart from private CA stores, arhtiyas and buyers also store the apple and sell it at a premium when the procurement season gets over,” said Lokinder Bisht, president of the Progressive Growers Association.

Deepak Singha, an apple grower from Kotgarh, said small growers were the most hit. Harish Chauhan, Sanyukt Kisan Manch convener, slammed the HPMC for failing to put in place an efficient marketing system.