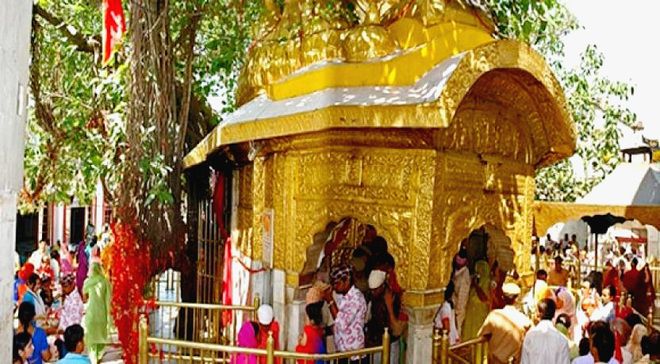 The nine-day Asooz Navratra fair began at the Chintpurni temple in Una district today. On the first day of the fair, thousands of devotees visited the temple to pray and seek the blessings of the deity.

In view of the pandemic, devotees are allowed entry into the shrine only on the basis of computer-generated registration slips and nobody is allowed to touch idols or temple walls. A separate hall has been earmarked for ‘mundan’ ceremonies, which, too, are being done as per the Covid protocols.

Section 114 of the CrPC was promulgated in the district today on the orders of District Magistrate Sandeep Kumar in view of the fair and will continue till October 24 till the end of the Navratras. Carrying of firearms, except by authorised security personnel, offering of ‘prasad’ and ‘chunni’ to the deity, use of public address systems and musical instruments in the shrine area have been strictly banned.

Sandeep Kumar, who is also the chairman of the Chintpurni Temple Trust, said daily ‘langar’ was being organised by the Temple Trust on the premises and no other person or organisation had been allowed to put up free ‘langar’ for the devotees. Besides, he said carrying of polythene bags would also be a punishable offence.