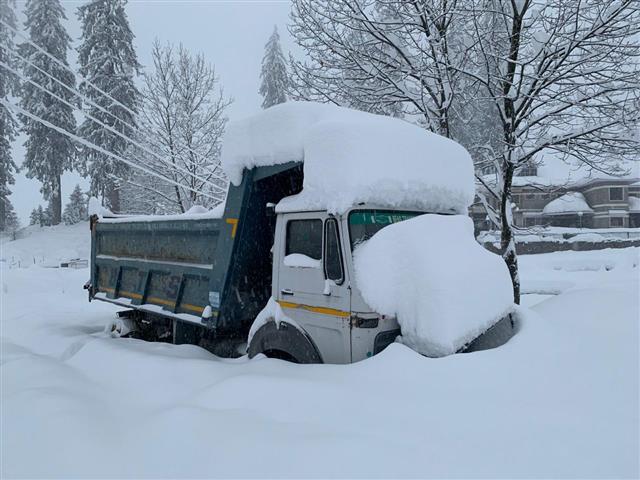 A vehicle trapped in Solang valley on road side because of heavy snowfall in the region. Tribune photo

Three people were killed in landslides while an elderly person was buried alive in an avalanche after recent snowfall and showers in parts of Himachal Pradesh on Tuesday, officials said on Tuesday.

Rakesh Kumar (32) died in a landslide at Triveni Ghat in Holi falling under the Bharmour police station.

Police said he was sleeping in a serai when the incident took place.

In another incident, an elderly person was buried alive in an avalanche in Himachal Pradesh's Lahaul and Spiti.