Relief to over 2,800 fishermen 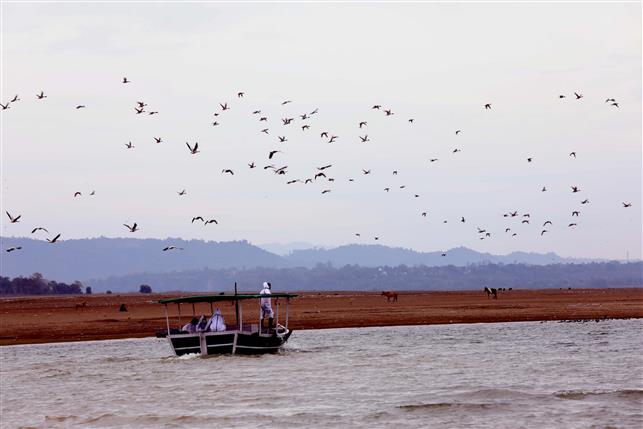 The water samples from the Pong wetland have been found free from contamination and the dam is fit for fishing. The testing conducted by the Jal Shakti Department assessed 16 parameters in the wake of the avian flu outbreak in the wetland.

Divisional Forest Officer (DFO) Raul M Rahane said the testing was conducted to rule out contamination in the wetland. “The wetland is free from water-borne contamination and pollution,” he asserted.

The report brings respite to the over 2,800 fishermen who eke a living by fishing in the wetland.

On January 3, the district administration had suspended fishing in the wetland after the outbreak of avian flu. Sources said the authorities could now withdraw that order.

The Director, Fisheries Department, Bilaspur, Sat Pal Mehta, meanwhile, said a proposal had been sent to the government to grant compensation to the affected fishermen.

The avian influenza outbreak in Pong Dam sanctuary has been on the decline for the past two days, Archana Sharma, Chief Wildlife Warden said.

As many as 94 birds were found dead today, taking the toll to 4,836. On January 12, the mortality count was 280 and the next day it had dipped to 105. “The infected area in the sanctuary is being disinfected as per protocol,” she added.