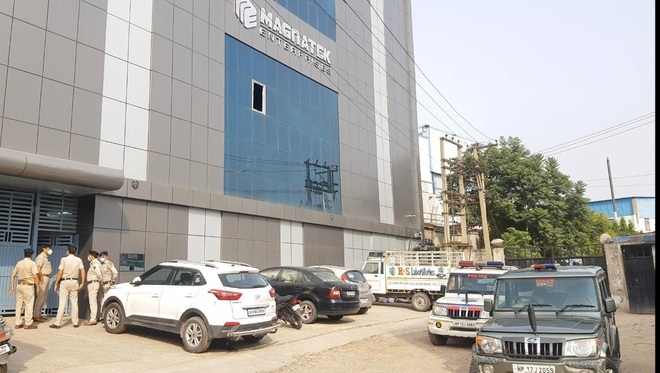 The Baddi police have booked a pharmaceutical company Magnatek Enterprises for cheating and criminal conspiracy under the Narcotic Drugs and Psychotropic Substances (NDPS) Act last evening for failing to provide the record of opioid etizolam salt.

This is the third pharmaceutical firm embroiled in such a case in the last fortnight with two others at Kala Amb and Paonta Sahib having been booked earlier. Etizolam is misused as an intoxicant for its sedative properties.

“The examination of the stock, however, led to the recovery of merely 113 grams of the said salt. No record of the sale, purchase and marketing of the remaining 187 grams was made available by the company management consequent to which a show-cause notice was issued on June 5 by the DCA. The said salt falls under the NDPS Act and the company has been booked under the said Act,” said the SP.

“The company management also failed to produce records of agreements with two marketing firms — Try Bird Healthcare Pvt Ltd, Green Park Colony, Zirakpur and JS Camical Mumbai, 162 CST Road, Mumbai, which were marketing their products using these salts to Punjab as per the preliminary investigations. This is mandatory as per the Drugs and Cosmetics Act. Teams would be sent to both the places to further verify whether such firms exist or not. Discrepancies detected in the records pertaining to the salt would also be probed in depth,” added Malpani.

Relevant records and the salt would be taken into possession from the DCA, which is examining it at present. The DCA officials were examining the reply submitted by the company management. It would also be probed where the said salt had found use.

The DCA is examining the records of more than 50 such firms in various districts which was manufacturing narcotic and psychotropic drugs in the state after two such firms in Sirmaur were found violating the norms.