DCA raids Aclime Formulations which had only licence for food products 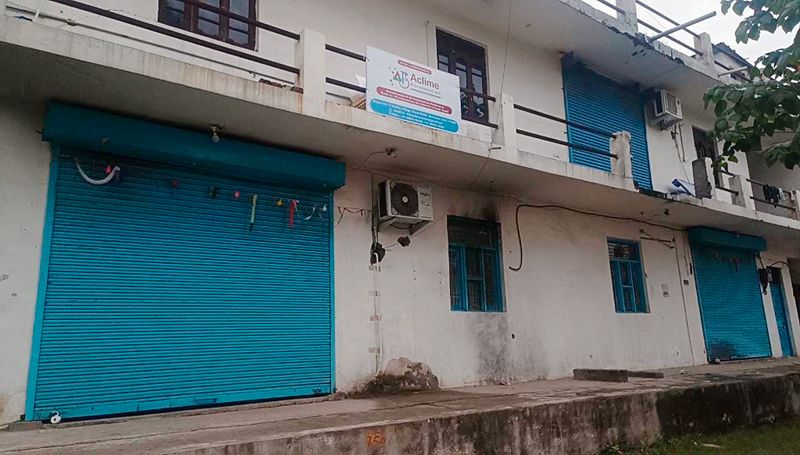 Spurious drugs manufactured in the name of Glenmark Pharma were seized from Aclime Formulations at Thana village in the Baddi industrial area during a raid conducted by officials of the Drugs Control Administration (DCA).

The raid, which began last night, continued till 9 am today. The firm was manufacturing a leading blood pressure drug of Glenmark Pharma despite having only a food licence. The QR code, too, had been adroitly copied, which made it difficult to differentiate between the fake and the original product.

Navneet Marwaha, State Drugs Controller (SDC), said there were inputs of nefarious activities at Aclime Formulations following which its activities were being monitoring for the past one week.

Giriraj Tomar, who owns the premises, was not present and he did not join the investigation despite being informed. Ten workers were, however, present during the raid. “The firm holds a food licence issued by the Food Safety and Standards Authority of India, but no drug manufacturing licence was found with the firm,” said Marwaha. Since the machinery used to manufacture tablets and liquid for nutraceuticals is similar, the unit staff were manufacturing allopathic drugs on the sly while dispatching the finished products soon after manufacturing. It was into nutraceutical manufacturing for the past three to four years.

“During the search, 301 tablets of Telma-H tablet (talmisartan 40 mg and hydrochlorothiazide 12.5 mg), which is an allopathic drug of Glenmark Pharma, were recovered from its premises and stores near it,” the SDC said. Apart from this, rubber stereos used to print the batch number, expiry date and other details on the tablets, 28 strips of Telma-H tablets of Glenmark Pharma, 340-gm printed foil used for packing the tablets, 34.02-kg empty strips and scrap generated during the packing of the tablets were also recovered.

Two samples of the tablets have been sent for a lab analysis. The premises was sealed. “A case for manufacturing spurious drugs for sale and manufacturing drugs without a licence has been registered under Sections 18(c), 18(a)(i) read with 17B, and 18(a)(vi) against the offenders under the Drugs and Cosmetics Act,” said the SDC.This is the second such case in the past one month where a food licence was nefariously used to manufacture drugs.